Slowing Down For A Bit

I am coming to the realization that I cannot jump back into writing a book after taking so much time off. I'm going to go back to the beginning of my research and getting myself back on track. I have some articles already scheduled to be posted over the next couple of months, but I will not be starting anything new for a while. I will try to post a few whenever I travel, but my posts will be much more sparse over the next several months.
Posted by Barry at 12:00:00 PM No comments:

To laugh often and much;

To win the respect of intelligent people
and the affection of children;

To earn the appreciation of honest critics
and endure the betrayal of false friends;

To appreciate beauty;
To find the best in others;

To leave the world a bit better, whether by
a healthy child, a garden patch
or a redeemed social condition;

To know even one life has breathed easier
because you have lived;

Email ThisBlogThis!Share to TwitterShare to FacebookShare to Pinterest
Labels: Poetry

In a series of articles looking at famous Freemasons, I've mentioned US Presidents, Vice Presidents, and Founding Fathers who were Freemasons, but I've never really looked at famous military figures. This article will look at those who served and were distinguished as being elevated to the rank of five-star. A five-star rank is a very senior rank used within the military, often the highest rank, second in the United States only to the President. This rank is so rare that it is used only during times of war and even then in only rare cases. In the United States, the five-star rank is referred to differently in each of the branches. In the Army, it is known as the "General of the Army." In the Air Force, it is known as the "General of the Air Force." In the Navy, it is known as "Fleet Admiral." There is no five-star equivalent in the Marine Corps or Coast Guard. Here is a list of those who held the rank of five-star or higher:

Generals of the Army:

General of the Air Force:

The asterisks are placed next to George Washington and John J. Pershing because they are unique cases as they are considered "General of the Armies" which ranks higher than five-star rank. However, for the sake of Freemasons who were at least five stars, I am including them both. How of these 11 five-stars listed, 7 of them were Freemasons: Washington, Pershing, Marshall, King, MacArthur, Arnold, and Bradley.

George Washington, the Father of our Country, was initiated an Entered Apprentice Mason on November 4, 1752, passed to the degree of Fellow Craft on March 3, 1753, and Raised to the Sublime Degree of Master Mason on August 4, 1753, in Fredericksburg Lodge (later No. 4), Virginia. He was named Worshipful Master of Alexandria Lodge No.22, in Alexandria, VA, on April 28, 1788, and reelected December 20, 1788, but there is no evidence he was ever installed or presided over any Masonic meeting. He was posthumously appointed "General of the Armies of the United States" in 1976.

John J. Pershing served as the General of the Armies during World War I. He was initiated, passed, and Raised in 1888, in Lincoln Lodge No.19 in Lincoln, NE. He was made an honorary member of Stansbury Lodge No.19 in Washington DC in 1919. Harry S. Truman, Senator at the time, presented Pershing with a certificate making him an honorary member of the Grand Lodge of Missouri (Pershing's home state) on September 30, 1941. Pershing joined the Scottish Rite in Wheeling, WV, in 1920, which culminated in the 33° on January 6, 1930. Pershing was also a member of Lincoln Chapter No.6 of Royal Arch Masons, Mt. Moriah Commandery No.4 of Knights Templar, and Sesostris Shriners in Lincoln, NE.

George C. Marshall was appointed as General of the Army on December 16, 1944. He's also well known for his time as Secretary of State, Secretary of Defense, and is the author of the "Marshal Plan" which was an American initiative to help Western Europe recover following World War II. He was made a "Mason at Sight" by M.W.Bro. Ara M. Daniels, Grand Master of the District of Columbia, on December 16, 1941, in the Scottish Rite building of DC along with Jesse H. Jones, Secretary of Commerce; Marshall was the Army Chief of Staff at the time.

Being one of the most famous Generals in US history, Douglas MacArthur was appointed General of the Army on December 18, 1944. He was named "Allied Supreme Commander" in August 1945 and accepted the surrender of Imperial Japan. He was made a "Mason at Sight" by M.W.Bro. Samuel Hawthorne, Grand Master of the Philippines, on January 17, 1936, before affiliating with Manila Lodge No.1. He joined the Scottish Rite in Manila the same year, received the Knight Commander of the Court of Honor (KCCH) in 1937, and received the 33° on December 8, 1947, while at the American Embassy in Tokyo. He was also a member of the Nile Shrine in Seattle, WA.

Omar N. Bradley was appointed General of the Army on September 20, 1950, and was the last person to possess the five-star rank in the United States military. He was initiated passed and raised in West Point Lodge No.877 in Highland Falls, NY, in 1923.

These men served with distinction in the fight for freedom at home and abroad, and I am honored to number them as one of my Brothers. The next articles in this series of famous Masons will look at Civil War Generals and US Supreme Court Justices who were Freemasons.

5. Five-Star Generals and Admirals of the United States. (n.d.). Retrieved from The History Guy: http://www.historyguy.com/5-star-military.htm

7. Morris, S. B. (n.d.). American Freemasons and the Spirit of Freedom. Retrieved from Pietre-Stones Review of Freemasonry: http://www.freemasons-freemasonry.com/brentmorris1.html

We later met at the Zions Bank building in downtown Boise where had a great banquet with a great deal of fellowship and camaraderie. The keynote speaker was the District Grand Master from Oregon and he knocked it out of the park The newly initiated Brothers have put in so much work to get the Chapter reopened and today was a validation, and culmination, of that effort. 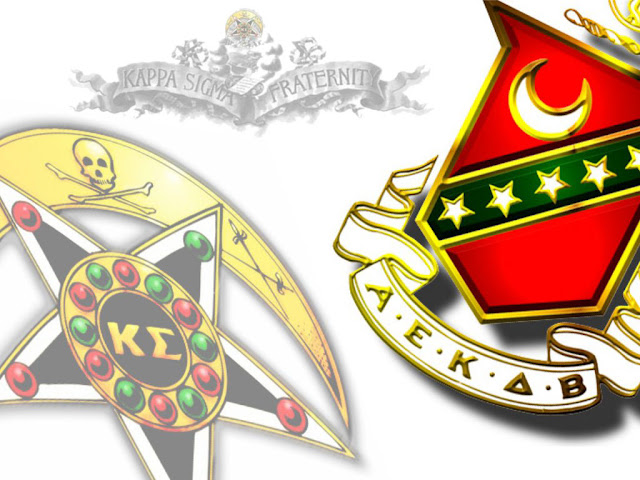 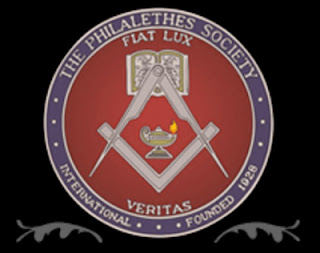 The Philalethes Society is an international Masonic research society; the oldest independent Masonic research society in North America. The Philalethes Society was started to serve the needs of those seeking a deeper insight into the history, rituals, and symbols of Freemasonry as well as spreading Masonic light to others. The purpose of this Society is to find the truth in response to the abundant examples of historical fiction, myths, fabrications, and exaggerations. Due to our geographical size and location, American Freemasons have and were often sheltered from the activities of Freemasonry around the rest of the world. The Philalethes Society seeks to fill this gap of knowledge and, in one instance, was instrumental in researching the atrocities committed by the Nazis and its persecution of Freemasonry.

Philalethes (φιλαλήθης) is pronounced "fill-a-LAY-thayss" and is Greek in its origin. Philalethes is the combination of "philo" meaning lover and "alethes" meaning true, and when taken together Philalethes means "a lover of truth." Philalethes was used by some alchemists in the 17th and 18th centuries including Robert Samber with his pseudonym, Eugenius Philalethes (a name also used by Thomas Vaughan). In 1772, a Masonic rite known as the "Rite of Philalethes" was founded in Paris, France, which was devoted to the study of esotericism. It was from this rite that the Philalethes Society took its name.

Originally, the Society had no publication of its own, but published its work in other Masonic publications (many of them were edited by Fellows of the Society). The Society attempted to get their own publication started, but with the onset of the Great Depression and World War II, this effort was delayed until 1946, when the paper rationing was lifted. The first "Philalethes: The Journal of Masonic Research & Letters" was released in March 1946 with Walter A. Quincke, FPS, as its Editor.

4. Roberts, A. E. (1997). The Philalethes Society Seekers of Truth. Retrieved from The Masonic Trowel: http://www.themasonictrowel.com/masonic_talk/stb/stbs/97-01.htm
Posted by Barry at 4:31:00 AM No comments: