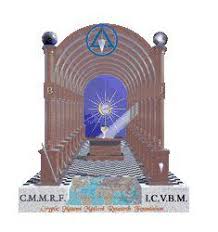 The Cryptic Masons Medical Research Foundation (CMMRF) is an amazing charity in Cryptic Masonry. The CMMRF helps advance the research into Atherosclerosis and Vascular Biology. The primary recipient of the donations is the Indiana Center Vascular Biology and Medicine (ICVBM) located at the Indiana University School of Medicine and the Richard Roudebush Veteran's Administration Medical Center in Indianapolis, IN.

The CMMRF was started under the governance of Ben Mandlebaum, Most Puissant General Grand Master of the General Grand Council, Cryptic Masons International. It was incorporated in the state of Oklahoma on March 6, 1986. The CMMRF is run by a Board of Trustees along with a President and Executive Secretary. The General Grand Master serves as the President during his triennial. You can see the timeline of the CMMRF here: https://cmmrf.org/cmmrf-timeline/

Initially, the CMMRF focused on the cause and a cure for atherosclerosis and its complications. They started to incorporate adult stem cell therapies. Currently doing research into strokes, Osteoarthritis, Pancreatitis, Acute Kidney Injury, Diabetes, Chronic Obstructive Pulmonary Disease (COPD), Congestive Heart Failure, Juvenile Diabetes, Peripheral Artery Disease, and lingering wounds. One of the most notable patents that have come from this research is the "Closer". The vascular Closer is a device that is used over 500,000 times a year with surgeries on arteries. There are research videos available for download on the CMMRF website. 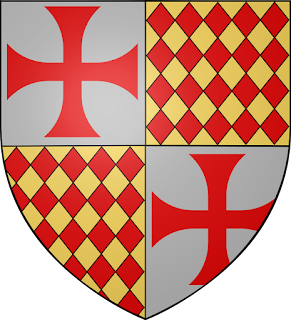 Following the footsteps of men like Hugh de Payens cannot be easy and are often overshadowed. Such is the case of Robert de Craon who served as the second Grand Master of the Poor Knights of Christ and the Temple of Solomon and who was instrumental in growing the order.

Robert was born around the beginning of the 12th century in the Vitré region of France (northwestern France) to Renaud de Bourgoing, Lord of Craon, and Lady Enagen de Vitré, but he was the third son and so it was assumed he would assume life in the priesthood.

It is debated as to whether he was a founding member or not, but what is known is that in 1125, Robert was serving as Seneschal for the Templars and served in that position until 1136. He was elected as Grand Master in June of 1136 following the death of Hugh in May of that year.

Robert is known for organizing the order into a detailed and functioning management system and hierarchy. As the Templar's popularity increased so too did the donations and it was Robert who allocated those donations as well as built the foundation for what would be the Templar's considerable wealth. The Templars were even offered the Kingdom of Aragon (a region in the Iberian peninsula), but Robert refused it.

Under Robert's reign, there were three Papal bulls issued in support of the Templar order. The first one, Omne Datum Optimum, was issued in 1139 by Pope Innocent II. Omne Datum Optimum is Latin for "Every Good Gift" and allowed the Templars to keep their spoils of war, placing donations directly under papal protection, and exempting them from paying tithe. This proclamation added a priest class to the hierarchy as well as making the members of order answerable to the Grand Master.

The second Papal bull, Milites Templi, Latin for "Soldiers of the Temple," was issued by Pope Celestine II in 1144 gave ecclesiastical protection of the Knights Templar and further endorsed them by advocating that the faithful donate to the cause of the Templars. This along with the Templars annual collections and with the next Papal Bull laid the base for the Orders famous wealth.

The final Papal bull was called Militia Dei, which is Latin for "Soldiers of God," was issued by Pope Eugene III in 1145. This was somewhat controversial as it allowed the Templar priests to take tithes, build their own churches, collect property taxes from their tenants, and bury their dead in their own cemeteries. Some speculate that this gave the Order's priests to take confession, but others believe this is a false assumption as no language exists within this Papal Bull that allows for such liberties. It was also Pope Eugene III that authorized the Knights Templar to wear their iconic red cross on their white mantle.

His battle records were mixed as he destroyed brigands led by the Emir of Aleppo as well as stopped Islamic incursions in Beaufort and Banyas. However, the Templars were defeated along with the Frankish army in 1139 at Teqoa. After the death of King Fulk d'Anjou in 1143, the Latin Kingdom of Jerusalem fell into decline due to the neglect of Queen Melissende (widow of King Fulk) and her failure to protect Edesse or Antioch. In 1144, Seljuk Turks massacred more than 30,000 Christians in Edesse.

Robert died on January 13, 1147, during the Second Crusade and was succeeded by Everard des Barres. Robert de Craon may not be greatly remembered, but he was a great organizer and truly laid the foundation for their legendary popularity, hierarchy, and wealth. 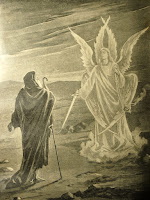 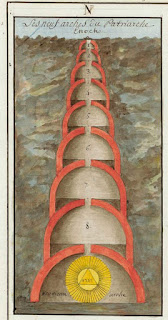