A Much Needed Update

After 10-years I'm making some cosmetic changes to the Traveling Templar. I will also be going back through every article to fix any broken images and/or hyperlinks as well as any grammatical errors I missed.

Until I finish going through all of the articles, I will not be publishing any new educational articles.

To all, I wish you a Happy St. John the Baptist's Day! 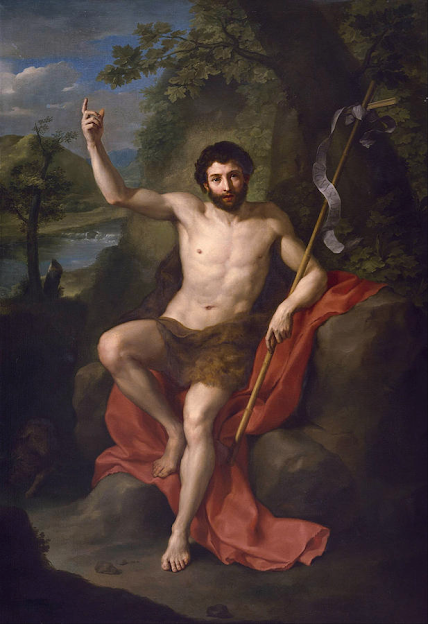 Today marks 15-years since I was Raised to the sublime degree of Master Mason. I am honored to be a part of this ancient and honorable fraternity. While COVID restrictions hindered the physical meeting of most Masonic bodies for several months, the year was still memorable. I advanced in the local officer lines within the Commemorative Order of St. Thomas of Acon, Knight Masons, and the Red Cross of Constantine; I was re-elected as Sovereign Master for my AMD Council; and I was appointed as a Deputy General Grand High Priest for the General Grand Chapter of Royal Arch Masons International.

April was a big month as I presided over the Order of the Silver Trowel, a Priory of Knights of the York Cross of Honor, and the Grand Council of Cryptic Masons of Idaho. I was honored to have received the Ephraim A. Kirby Award and Order of the Secret Vault. The Grand York Rite of Idaho was the first time I got to attend, in-person, as Deputy General Grand High Priest. Following the Grand York Rite of Idaho came two weekends of Rosicrucianism (one in Idaho and one in Wyoming).

I wish I was home and attending Lodge around my anniversary, but I'm in California for work. Some great things are going to happen this year and I look forward to my future journeys through Freemasonry. 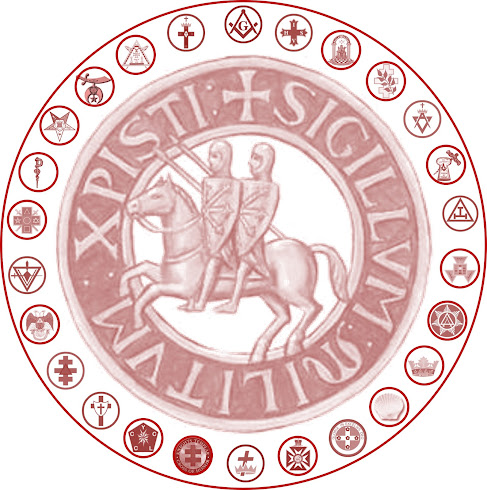 To all the Fathers out there, Happy Father's Day! This day is a hard day for me because of my own father's passing. I miss him and would give anything to hear his voice, but I cherish the memories and know that he lives through his family.

Today is also the Estival Solstice and the first day of Summer! 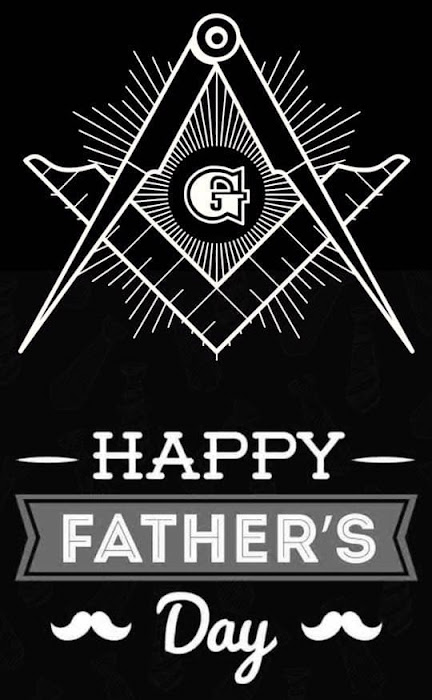 Guest Host on the Masonic Roundtable

I had the pleasure of being a guest host for the Masonic Roundtable tonight. I spoke about Templar Symbols which included the Beauceant, Crosses, and several common symbols found within the medieval Templar order. Thank you Brother Jon for extending this invitation.

When looking at Freemasonry around the world, most Grand Lodges cover a geographic jurisdiction of an entire nation or several, in some cases. Within the United States, however, each of the States has its own Grand Lodge. Early American Freemasonry came through merchants and military lodges from England, Ireland, and Scotland. Lodges received charters from both the Antient Grand Lodge and Modern Grand Lodge. Some Lodges formed their own Grand Lodges within a State while some Provincial Grand Lodges were formed first then would later establish themselves as their own Grand Lodge, each with their own rituals. As the US expanded westward, Masonic pioneers and degree peddlers expanded as well. Without a centralized national governing body, there was a wide variety of rituals within and among Grand Lodges.

One Brother named Thomas Smith-Webb had written a Freemason's Monitor or Illustrations of Masonry in 1797 which standardized much of the ritual, but was accepted by a few jurisdictions. This book was a compendium of William Preston's work as well as his own alterations and additions. Attempts would be made over the years to standardize the Masonic ritual among the US Grand Lodges, but nothing significant would happen until 1843. The first quarter of the 19th century saw rapid growth and expansion, and even a failed attempt to establish a national Grand Lodge, but then the Morgan Affair occurred and a tsunami of anti-Masonry hit the United States.

On March 13th, 1826, William Morgan, a supposed Mason, living in Batavia, NY, signed a contract for a book that was to expose the secrets of Freemasonry; some believe it was out of resentment for his Masonic affiliation being questioned by the Batavian Masons. Prone to drunkenness Morgan bragged about his book and soon everything came to a head in September of that year. He was arrested for theft, but upon making bail was rearrested for failure to pay a debt of $2.68 and upon his release from jail he disappeared by means which were never agreed upon by the "eyewitnesses". Anti-Masons push that he was kidnapped and killed by a band of Masons. Several Masons were arrested and convicted of kidnapping, but there was never any proof that he was killed. All of these circumstances culminated in an uproar of public outrage towards Freemasonry. Regardless of reality, ALL Freemasons were seen as guilty of the murder of William Morgan. Soon anti-Masonic propaganda spread into all avenues of society to include churches and politics which led Thurlow Weed, a NY politician, to form an anti-Masonic movement in February of 1828, gathering discontented opponents of President Andrew Jackson, known to be a Mason, into the Anti-Masonic political party.

Some methods of the anti-Masons were to demonstrate the rituals, passwords, signs, and grips of all degrees in all of their variations so it became difficult for Lodges to tell who was a Mason and who was a cowan. Some anti-Mason degree peddlers went so far as to confer these degrees upon disreputable people so as to cause further havoc. This exacerbated an already difficult issue as communication between States and Grand Lodges was limited and dues cards were not yet a policy employed.

As a result of the Morgan Affair, many Lodges would surrender their charters or would just go dormant (NY, for example, went from 227 Lodges to 41). Freemasonry would resume labor in the late 1830s, but ran into a serious issue: many Freemasons had demitted out of fear of being harassed, died during dormancy, or had forgotten the ritualistic work which caused new Masons to be poorly instructed. When the Grand Lodge of Alabama met in 1839 the members present voted to request all Grand Lodges to send a delegate to Washington DC for a meeting in March 1842. Ten Grand Lodges were represented, but it decided that more representation was needed and the delegates needed to be one learned in the rituals of all Three Degrees. On May 8, 1843, 16 delegates assembled at the Saint Paul Street Masonic Hall in Baltimore, and all expenses were assumed by the Grand Lodge of Maryland. Of the 23 Grand Lodges that existed at the time, the following Grand Lodges were represented:

The convention met for 9-days (with exception of Sunday). After setting the agenda of the convention, they divided the delegates into four committees:

The Committee on the work and lectures in conferring the degrees, over the next few days, worked on standardizing the ritual and lecture for the degrees of Entered Apprentice, Fellow Craft, and Master Mason; later the degrees would be exemplified. The delegate from New York was a constant dissenting voice and, after the second day of work, resigned from the committee, but stayed as a delegate to the convention. Among the alterations and standardization of the ritual was that they decided to make the Square, the Level, and the Plumb as the “Immoveable Jewels” as opposed to England where the Rough Ashlar, Perfect Ashlar, and the Trestle Board are Immoveable.

It recommended unity throughout the Grand Lodges as it saw the lack of communication and conformity as an evil that had magnified the fallout from the Morgan Affair. There were two ways in which this recommendation could be accomplished: through a national grand lodge or through a regular convention of the Grand Lodges. The Baltimore Convention decided with the latter. The Representative system was established after this thus ensuring some communication was kept between Grand Lodges.

Other recommendations from this convention concerned the issuance of certificates of good standing by the Grand Lodges or what we now know as the Dues Card, suspending Masons for non-payment of dues, and that Lodges transact all business only on the Master Mason degree except in conferring the 1° and 2°. They also recommended that sojourner Masons should be required to pay a portion of the dues of the Lodge they live near which I found to be particularly interesting.

At the conclusion, letters were sent out to all the Grand Lodges with the recommendations and a call for the Freemasons to unite in love, friendship and brotherhood. Generally, the extant Grand Lodges adopted many of the recommendations, but they also modified those suggestions so there is still variations among jurisdictions thought they are superficial in their differences.

As recommended, they attempted to hold another convention in Winchester, VA, in 1846, but only 8 delegates attended so they postponed it until 1847. This failed as well as only 7 delegates were present.

This convention clearly had a profound impact on American Freemasonry as many of the recommendations were adopted and, with one such recommendation, it wasn't until recently that Grand Lodges allowed for business meetings to be conducted in the Entered Apprentice Degree. While the attempts to hold further conventions failed, I see the spirit of the Baltimore Convention in the Conference of Grand Masters of North America which was established in 1928.

I recommend the Masonic Roundtable who did an episode about the Baltimore Convention:

5. The Baltimore Convention. (n.d.). Retrieved from The Masonic Dictionary: http://www.masonicdictionary.com/baltimore.html