It's been over a year since Idaho College SRICF was able to meet and it felt great to be back amongst my Fratres. Friday night I was hosted by the Secretary and the fellowship was great as usual. Saturday morning, we conferred the II° and IV° on worthy Fratres as well as balloted on some proposals for membership. Rosicrucianism is alive and well in Idaho.

Saturday afternoon I presided over Star Garnet Council No.560 of the Allied Masonic Degrees. We initiated one candidate, the Senior Warden gave an educational presentation to the Council, and we presented the Red Branch of Eri to those we elected to it last year. In our next meeting, we are planning to confer the grade of Ostiartii or Doorkeeper of the Royal Order of the Masonic Knights of the Scarlet Cord.

While I felt a bit rusty, it was good to get back into the swing of things.

Well, I finally got home after a long weekend at the Grand York Rite of Idaho in Lewiston. Our York Rite jurisdiction was one of the first ones to meet in person. Attendance was slightly down, but all constituent bodies were present.

Thursday started with the Order of the Silver Trowel over which I presided. Normally the Deputy Grand Master presides over the Council, but due to his health he couldn't attend and I stepped in since I didn't preside last year as we met virtually. Following that was the annual meeting of Syringa Order No.121 of the Order of the Sword of Bunker Hill where I was appointed Honorable Grand Adjutant for the ensuing year. After lunch, the Idaho Chapter of the Sovereign Order of Knights Preceptor met where I was elected as Prelate for the next year. Then it was time to preside over Idaho Priory No.13 of Knights of the York Cross of Honor. I had the pleasure of dubbing 4 new Knights before passing off the reigns to my successor. I ended Thursday with the Knight Commander of the Temple Dinner where this honor was conferred upon a very deserving Sir Knight.

Friday morning started with the Joint Session of the Grand York Rite of Idaho which is presided over by the three heads. We introduced several guests including the Most Puissant General Grand Master of the General Grand Council of Cryptic Masons International, the Most Worthy Grand Master of Ye Commemorative Order of St. Thomas of Acon, the Most Eminent Grand Preceptor of the Grand College of America for the Holy Royal Arch Knights Templar Priests, and the Most Worshipful Grand Master of Masons in Idaho. During this session, several awards were presented: I was awarded both the Ephraim A. Kirby Award from the General Grand Chapter of Royal Arch Masons International and the Order of the Secret Vault from the General Grand Council of Cryptic Masons International. With Friday afternoon came the Grand Chapter of Royal Arch Masons of Idaho and I got to perform my official duties as Deputy General Grand High Priest for the Northwest Region. One of the best men and Masons I know was elected as Most Excellent Grand High Priest and I was honored to serve as the Installing Grand Captain of the Host (similar to the Marshal's station). The rest of the night was dedicated to remembering our fallen Companions and Sir Knights, hosting a dinner to raise funds for the Holy Land Pilgrimage, and then the annual meeting for Tri-Valley College No.178 of the York Rite Sovereign College of North America.

Saturday began with the Grand Commandery of Knights Templar of Idaho where I was elected as the Eminent Grand Captain General. With the afternoon, came the time for me to preside over the 88th Annual Assembly of the Grand Council of Cryptic Masons of Idaho. It was a smooth meeting and I had the pleasure of making the Most Worshipful Grand Master of Masons in Idaho a Cryptic Mason at sight; the acting-Grand High Priest had made him a Royal Arch Mason after he had turned in a petition to join the York Rite. We finished the day with the Grand Banquet where we announced the recipients of the various awards given out by the York Rite.

Happy Easter to all! 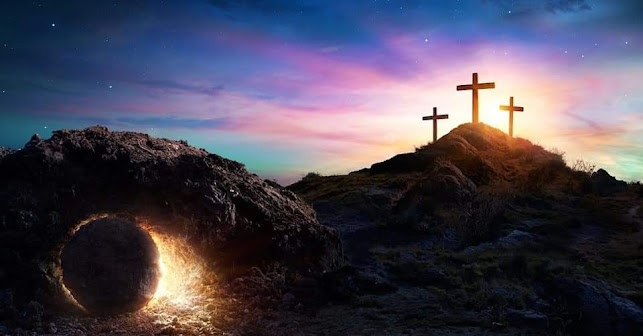