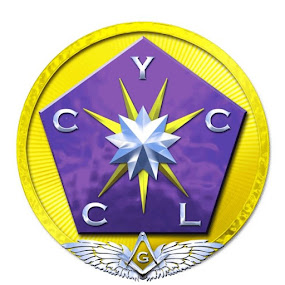 Last December, I was approached with an invitation to become a member of the local York Rite College. I gladly accepted, filled out the paperwork, paid the dues, and then played the waiting game as the College would not meet until May.

Well, the time came this past Saturday. Starting in the morning, there were 6 of us to be initiated into the college. I was chosen as the active candidate or the exemplar. Throughout my York Rite journey, there have always been 3 Companions and Sir Knights, Art Shoemaker (Right Eminent Grand Commander, Knights Templar of Idaho), David Grindle (Right Puissant General Grand Recorder, General Grand Council, Cryptic Masons International), and Ronald Berto (soon-to-be Grand Governor of Idaho) that have guided me and took major parts in my conferrals. Those 3 would again take part, either being the guide or conferring. It was an amazing time and afterward, the Governor, Tony Such, asked me to sit as the Seneschal. I gladly accepted and look forward to the service I can provide to my Brethren, Companions, Sir Knights, and Companion Knights.

Origin of the York Rite College

The first York Rite College was constituted on June 15, 1957, in the City of Jackson, Michigan. From here, the new organization spread rapidly from coast to coast and from north to south, and by 1970 Colleges had been established in fourteen States and one Province of Canada. Membership in a College is by invitation and is restricted to those who hold membership in all of the other York Rite bodies. Since the primary object of every College is to foster a spirit of service and to promote and support the York Rite in every way possible, it is no surprise to find many of the leaders of the Craft numbered among its ranks. Here they find a common ground from which they can act for the welfare of all York Rite bodies without special favor to any. Colleges have been active in the organization of York Rite Festivals, degree teams, drill corps, and many other functions which serve to assist, coordinate, and unify the Rite.

The purpose of the York Rite Sovereign College of North America, as set forth in its Constitution and By-Laws, are as follows:

Structure of the York Rite College

The York Rite Sovereign College of North America is the supreme governing body for all Colleges within its jurisdiction. As such, it endeavors to promote all those activities which favor the accomplishing of its stated purpose. Among these is the awarding of certain honors for outstanding service.

The Gold Award may be given to any Mason for unselfish and faithful service in any branch of the York Rite. The recipient need not be a member of a College, nor is it required that he be a member of all the other York Rite bodies.

The Order of the Purple Cross of York, the highest honor of the College, is conferred upon those members of the College who have distinguished themselves by their service to humanity or to the Rite, The recipients are designated Associate Regents of the Sovereign College, and from their ranks are chosen the Regents or active members of that body.

The Sovereign College meets in General Assembly once each year, generally in late July or early August.

The York Rite takes its name from the Ancient English city of York, around whose minster, or cathedral, cluster many Masonic traditions. Here, these traditions tell us, Athelstan, who reigned more than a thousand years ago and who was the first king of all England, granted the first charter to the Masonic guilds. Here, in 1705, a Grand Lodge in London, to whose constitution the Grand Lodge of England later appealed as the true source of authentic Freemasonry. Though early disappearing from the Masonic scene, this Grand Lodge left an indelible impression upon the institution, and its name --- York --- will survive as long as Freemasonry continues.

"This craft came into England, as I tell you, in the time of good king Athelstan's reign; he made then both hall, and also bower and lofty temples of great honor, to take his recreation in both day and night, and to worship his God with all his might. This good lord loved this craft full well, and purposed to strengthen it in every part on account of various defects that he had discovered in the craft. He sent about into all the land, after all the masons of the craft, to come straight to him, to amend all these defects by good counsel, if it might so happen, He then permitted an assembly to be made of divers lords in their ranks, dukes, earls, and barons, also knights, squires and many more, and the great burgesses of that city, they were all there in their degree; these were there, each one in every way to make laws for the state of these nations. There they sought by their wisdom bow they might govern it; there they found out fifteen articles, and there they made fifteen points."----Regius Manuscript, circa 1390----Regius Manuscript, circa 1390.

This information on the description, history, and purpose was pulled from the YRSCNA website.