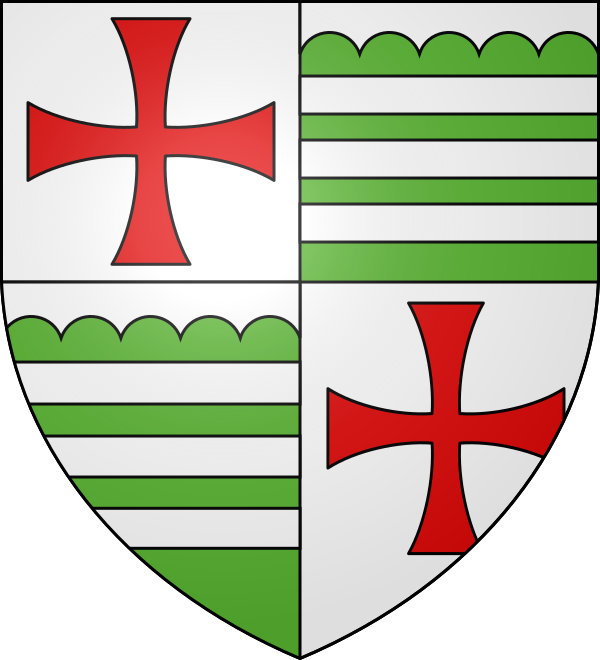 Known for his part in the Battle of Montgisard, Odo de St Amand served as the Order's eighth Grand Master.

Odo de St. Amand, also referred to as Eudes de St. Amand, was born of a noble family from Limousin, France around 1110 AD. He joined the Knights Templar in 1128. He became Grand Master after Phillipe de Milly resigned as Grand Master to become an Ambassador. He is remembered a strong and zealous leader which earned him both respect and displeasure.

He followed the Rule to a fault. In one incident in 1172, a Templar knight was accused of murdering an Ismaeli dignitary. King Amalric I, demanded that the Templar be turned over to him, but St. Amand refused, citing the Papal Bull which places the Templar order solely under the authority of the Pope. Some say that the Templar knight killed the dignitary on orders from the Grand Master.

He is also remembered for leading several victories, but the most notable is the Battle of Montgisard where the Templars defeated a superior size force of Saladin's Army. This battle occurred on November 25, 1177, located in Ramla (Israel southeast of Tel Aviv). This battle was between a Christian army of 375 knights, 80 Knights Templar, and several thousand infantry against Saladin's army of around 27,000 men. Saladin was taking advantage of the lack of Crusader forces in the area (as most of them were up north fighting) to march towards Jerusalem. King Baldwin IV, the leper king, dispatched what he could and to head them off. Saladin underestimated the king and allowed his army to become spread out over a large area. The two forces met at Montgisard near Ramla which caught Saladin by surprise and his troops were tired from their march from Egypt and looting. The Crusader forces charged and broke through the center routing Saladin's forces. Both sides lost many, but the Muslim forces lost over three-quarters of their troops; Saladin himself only survived by escaping on a camel.

Toward the end of his rule, St. Amand oversaw the construction of an impregnable fortress known as Chastellet near Jacob's Ford in Jordan. This fortress was located in an important place and effective with preventing Saladin's army from conquering Jerusalem in 1179.

After Saladin was defeated at the fortress, the Christians thought they could inflict further damage on Saladin so they launched an assault at the Battle of Marj Ayun (southern Lebanon). Unfortunately, Saladin had reorganized his forces and defeated the Christian Army, killing and capturing many. Among those captured was the Templar Grand Master, Odo de St. Amand. There were proposals of ransoming him, but he refused as it was against the Rule of the Order. In the next year, St. Amand died while still in jail, but no exact date is known.

While Odo de St. Amand was seen by some as stubborn and bull-headed, he was a strong leader whose victories gained them new recruits and gifts from European nobility; after the Battle of Montgisard, Renaud Mazoir II, Lord of Margat (now in Syria), donated half of the income of several of his cities to the Templar order. St. Amand's rule also played an important part in the historical record of the Order. King Amalric held a poor view of the order and was close to the Archbishop, Wiliam of Tyre, who is known as a leading historian of the Crusades and the Templar order. The Templars were seen as overstepping the privileges given to them by the Pope; as a contender for Patriarch of Jerusalem, William had a natural hatred for the hindrance of ecclesiastical authority and thus held no positive opinion of the Templars on this account as well.