Order of the White Shrine of Jerusalem 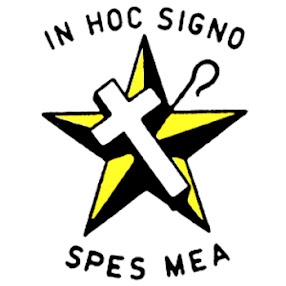 Started at the end of the 19th century, the Order of the White Shrine of Jerusalem is an organization open to both men and women. Membership is open to all Master Masons in good standing and to women who have a relationship to or vouched for by a Master Mason. Unlike the Order of the Eastern Star or Order of the Amaranth, the White Shrine is a Christian organization and requires a belief in the Christian religion. This requirement for a Christian belief inspires the use of the word "White" in their name as a descriptor not of order, but of the Savior who is the greatest example of a pure life. According to the Supreme Shrine website, "Its aim is to bring together men and women of high moral and social character to share their desire to spread the Gospel, aid and assist those less fortunate, and create enjoyable experiences for themselves."

Members refer to each other as "Sojourner" and the honorary title of "Worthy" is used in this organization. The basic organizational unit is the Shrine which is presided over by a Worthy High Priestess and Watchman of Shepherds. They are supported by the following officers:

Only women can serve in some offices like the Priestess or Prophetess while men can only serve as Watchman or the Wise Men. Some offices like Guard, Scribe, or Treasurer can be filled by either a man or a woman. Constituent Shrines fall under the governance of the Supreme Shrine which is composed of the following officers:

A Supreme Shrine in Illinois was established on September 23, 1894. This Supreme Shrine was administered by a Board of Directors until 1901 which was presided over by a President and Vice President. After 1901, the Illinois Supreme Shrine was governed by Supreme Worthy High Priestess and Supreme Watchman of Shepherds. In 1897, another Surpeme Shrine was established in Michigan that was presided over by a Supreme Worthy High Priestess and a Supreme Chancellor (equivalent to the Supreme Watchman of Shepherds in Illinois). These two Supreme Shrines would establish subordinate Shrines around the country until 1909 when they merged together. Today there are Shrines in Washington, Oregon, California, Arizona, Colorado, Oklahoma, Texas, Louisiana, Missouri, Iowa, Wisconsin, Illinois, Michigan, Indiana, Kentucky, Tennessee, Alabama, Florida, Ohio, West Virginia, North Carolina, Virginia, Pennsylvania, Massachusetts, New Hampshire, and Ontario (Canada). The current Supreme Shrine meets annually in May.

There is one degree for the White Shrine and the ritual takes the candidate through the birth, life, death, and resurrection of Jesus Christ. The emblems of the White Shrine are the Star, Cross, and Shepherd's Crook which can sometimes be seen with the phrase "In Hoc Signo Spes Mea" which translates as "In this Sign is my Hope." All three symbols seem very obvious in their use as the organization as it surrounds the Blessed Redeemer.

The charity of the White Shrine is called the Material Objective which assists the less fortunate with medical bills regardless of race, color, creed, or sect. This charity is funded through voluntary donations and income from their endowment.

3. The Order of The White Shrine of Jerusalem. (n.d.). Retrieved from Grand Lodge of Kentucky: https://grandlodgeofkentucky.org/?page_id=1269

4. What is The Order of the White Shrine of Jerusalem? (n.d.). Retrieved from MasterMason.com: http://www.mastermason.com/wsj/whatis.htm