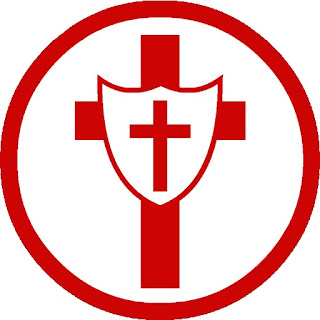 Founded on February 22nd, 1977, the Sovereign Order of Knights Preceptor is an organization for Past and Present Commanders of Constituent and Subordinate Commanderies of the Grand Encampment of Knights Templar of the United States of America.

This is another invitation-only order within the American York Rite. To be eligible to be elected and invited, one must be a Sir Knight in good standing and a present or past Commander of a regular and duly constituted Commandery of Knights Templar under the auspice of the Grand Encampment. It should be noted that some Chapters of the Order will wait for a candidate to be a Past Commander before they will ballot on them.

Upon completion of my term as Commander of Trinity Commandery No. 17, K.T., in 1966, I was disappointed that the Grand Commandery of New Jersey didn’t have an organization that recognized Past Commanders. The Grand Royal Arch Chapter had the “Orders of Anointed High Priests,” and the Grand Council of Royal and Select Masters had the “Council of T.I.M.s” which in some jurisdictions is referred to as the “Order of the Silver Trowel.”

One of the objectives I had upon being installed as the Grand Commander of the Grand Commandery of Knights Templar of the State of New Jersey on March 6, 1976, was to establish an organization for those who were serving as Commanders or had previously served as Commanders of their Commanderies. Being fully aware of my inability to write ritual, I requested my best friend, Wallace M. Gage, a Past Grand Commander of New Jersey and an outstanding writer, to write the ritual for what is now known as “The Sovereign Order of Knights Preceptor”. The Grand Chapter of the Sovereign Order of Knights Preceptor was formed on February 22, 1977, at a meeting held in Westfield, New Jersey, at which time the Constitution, Laws, and Ritual for the Order were adopted.

The purpose and objective of the Order was to promote the cause of Chivalric Masonry through a dedication of Templar Leadership to its principles, and to further the knowledge of its history, background, customs, usage, and traditions.

At the aforementioned meeting of the Grand Chapter, a charter was granted to New Jersey Chapter, Order of Knights Preceptor, with yours truly as its first Preceptor.

The Order was conferred for the first time on Friday, March 4 1977, during the 117th Stated Conclave of the Grand Commandery of New Jersey, held at the Howard Johnson Regency Hotel in Atlantic City, New Jersey. Conferral of the Order was carried out by the charter officers of the New Jersey Chapter as follows:

The Charter class of 139 included 86 from New Jersey, 8 from Connecticut, 5 from the District of Columbia, 8 from Massachusetts and Rhode Island, 5 from New York, 3 from Pennsylvania, 7 from Virginia, 2 from Vermont, 5 from Maine, 8 from Maryland, 1 from Alabama, and 1 from Arkansas. The class Exemplar was Sir Knight Kenneth Culver Johnson, Right Eminent Grand Generalissimo of the Grand Encampment or Knights Templar of the U.S.A. Also in the class was Sir Knight John B. Cottrell, Right Eminent Deputy Grand Master. Ironically, Sir Knight Cottrell died two months later and within weeks Sir Knight Johnson suffered a severe stroke.

Over the years, Charters were issued to the following states: Maine, Virginia (1984), Pennsylvania, New York, Kentucky (1985), Texas (August 15, 1994), California (April 29, 2000), and Maryland, bringing our total number of Chapters to 9. I am in correspondence with Tennessee relative to issuing them a Charter.

I have served for over a quarter of a century as Sovereign Grand Preceptor of the Grand Chapter of the Sovereign Order of Knights Preceptor.

Since July 9, 2003, when this history was written, Charters have been issued to: Sovereign Grand Preceptors Chapter on March 27, 2004; Idaho Chapter on October 14, 2004; and the Charter of California Chapter was withdrawn on April 12, 2005; bringing the total number of Chapters to 10.