Well, with the closing of this year comes the close of another chapter of my life and the opening of another one. 2012 was quite a year for me.

This year started off with my return and to Boise State University as a Junior in International Relations, an emphasis for those seeking a Bachelors in Political Science.

In Masonry, I received several surprises during the Springtime. The first surprise came from my Eminent Commander who informed me that I had been invited to join the Red Cross of Constantine. I was also elected and installed as Associate Patron of my Chapter of the Eastern Star. At the Grand Sessions of the Grand York Rite Bodies of Idaho, I was also initiated into the Order of theSilver Trowel (a degree for those who have presided over a Council of Cryptic Masons) and installed as Grand Master of the 1st Veil for the Grand Chapter of Royal Arch Masons of the State of Idaho.

With May came the end of the collegiate semester and I did rather well for my first time back after four years since they pulled a 3.66 GPA. Not all experiences were worthwhile though, a week after school ended I sprained my knee (specifically the Anterior Cruciate Ligament or ACL) and tore my meniscus. This injury plagued me for an quite a while and it also made going through the Red Cross of Constantine interesting since I could hardly kneel down, but I made it through.I was also elected to serve as Grand Procurator, or Vice President, of my Chapter of the Kappa Sigma fraternity and I would also serve as the delegate to the 2012 Western Leadership Conference in Las Vegas.

With September came the start of school as well as meetings starting back up for many of the fraternal organizations I belonged to. I was surprised this month by being awarded with the Order of the White Star in the Commandery. I was also installed as Associate Bethel Guardian for one of the local Bethels of Job’s Daughters International. The end of the month was hard for me as I watched as my Kappa Sigma Chapter ended because of the poor decisions of a few members. I hope that one day this Chapter, one of the oldest fraternal orders on the campus before its demise, will be re-chartered and bring back the excellence that I know it has.

In October, I was invited to join the Knight Masons and I had the pleasure of conferring for the first time the Order of the Temple upon a couple new Sir Knights. At the November stated meetings, I was honored to be elected as Eminent Commander for my Commandery, and "elected" to be Past Illustrious Master for my Council of Cryptic Masons. This month wasn't completely perfect as I ended a relationship with the girl of my dreams, but we were not working and even trying to be friends didn't cut it.

With December came several Masonic events. In the Red Cross of Constantine I was installed as Orator. A few days later I received another surprise, I was invited to join the Commemorative Order of Saint Thomas of Acon. On the 20th, I had a good turnout at my installation as Eminent Commander and am thankful for everybody who braved the traffic and the weather to attend. I was also installed as King of my Royal Arch Chapter. On the following Sunday I presided over my Commandery’s Annual Christmas Observance and there was a great turnout. My keynote speaker was David Triplett, a Past Grand Master and member of my Commandery, who did an amazing job with his presentation with the assistant of Alex, an active young woman in the Job's Daughters and Rainbow Girls.

Along with many other "prophetic end-of-days", I survived the Mayan Apocalypse, but I'm not complaining that the world didn't end.

The Fall semester was a tad more difficult than the Spring one had been. This semester I had take some some upper division courses, but sadly none of them pertinent to my emphasis although necessary to graduate.

For obvious reasons this year surpass last year and I can only attribute it to my fellow Masons, friends, and family. I hope to take the successes the trials and the failures of this year to make next year in better. I do have some resolutions for next year, but I will not release them until I have met each and every one of them. As the minutes draw this year to a close, I wonder what Fate will bring my way. Only time will tell... 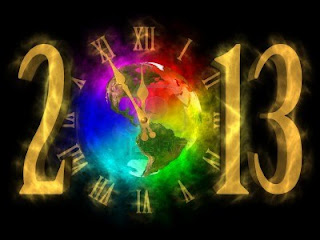