The Square is one of the Great Lights of Freemasonry and the jewel of the Worshipful Master of the Lodge. To the Speculative Mason it is an emblem of virtue, morality, and perfection, while to the Operative Mason it was an instrument to test the angles of a stone to ensure it was a true right angle. The Square is also important archaeologically as the oldest known artifact in Freemasonry is the Baal's Bridge Square which was found during the reconstruction of the Baal's Bridge in Limerick, Ireland.

The Baal's Bridge, or Ball's Bridge, is one of the oldest bridges in the city. This bridge was important as it was the only link between the two sections of the town known as Englishtown and Irishtown. The current bridge was built from 1830 to 1831, and is composed of a single-arched, hump-backed bridge which links Mary St (on the northern bank) to Broad Street (on the southern bank) over the Abbey River. It replaced an older four-arched bridge. In November of 1830, during excavation, the ancient square was discovered in the foundation of the bridge by Brother James Pain, the architect and engineer in charge of the renovations. 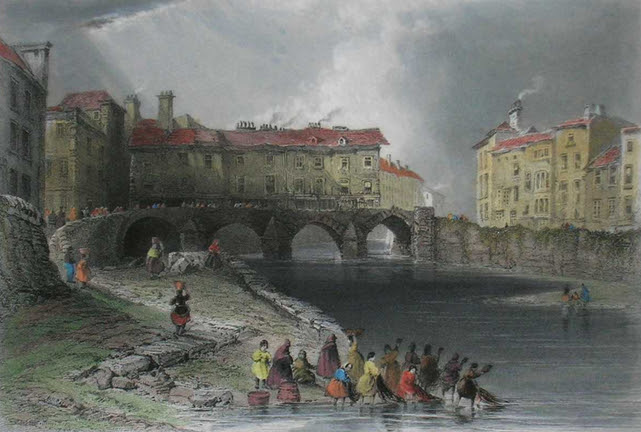 The Baal's Bridge Square was made of brass and inscribed with "I will strive to live with love and care" and "upon the level, by the square" as well as the date "1507". You can also see a heart etched into the center of each side of the square. The date 1507 is supported by history as the bridge was built sometime before 1558 where the earliest mention of Baal's Bridge was recorded. This artifact is a possible demonstration of leaving artifacts as a history and record of the Masons who constructed the bridge, but also by its inscription alludes to an influence by Speculative Masonry. 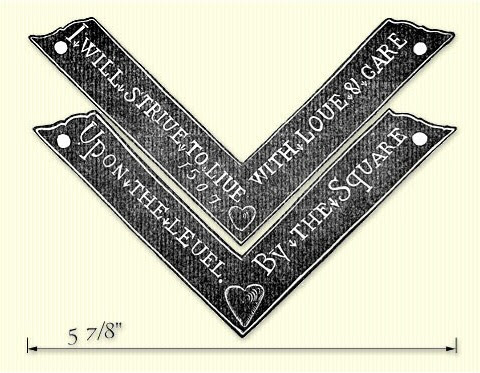 The square was presented to Brother Michael Furnell who was the Provincial Grand Master. This relic is currently in possession of Antient Union Lodge #13 in Limerick who received it in 1871 from the Furnell's widow after her husband's death. The square was presented in a frame along with a drawing of the original bridge and location of the square's discovery. A replica of the square is on display in the museum.

8. The history of ‘The Baal’s Bridge Square’. n.d. http://www.lodgestpatrick.co.nz/baalsbrsquare.php.