This article analyzes the Franco-Prussian War, which lasted from July 19, 1870 to May 10, 1871. This war was one between France and several German states led by Prussia and which signaled the end of a French hegemony, and the unification and rise of a German Empire. Both sides accused the other of the crime of aggression, but this war resulted from years of tension. I will examine the accusations of aggression as well as examine the theories of a preventive war and a provoked defensive theory. 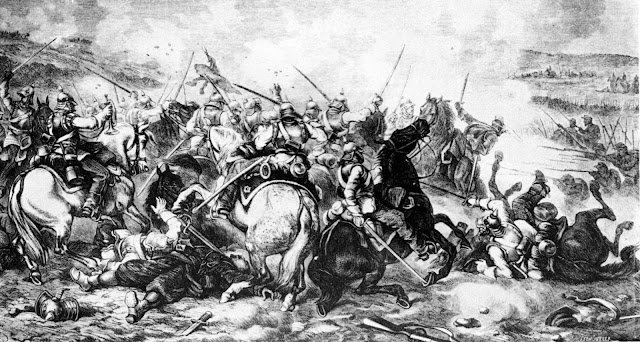 Even with the cries of aggression, this war was a result of years of tension and not just caused by one singular event. Since Prussia’s dominance over Austria in 1866, the French Emperor, Napoleon III, had been feeling uneasy about the German states united into one nation. On the other side, the Chancellor of Prussia, Otto von Bismarck, desired to unite the Protestant Northern German states with the Catholic Southern ones, but he needed a common cause, a common threat, to spark the nationalism needed to unite them. The German principalities had been separate and divided in strength since the end of the Thirthy Years War and the signing of the Treaty of Westphalia (1648) which established the concepts of state sovereignty and self-determination; it stripped the Holy Roman Empire and the Roman Catholic Church of much of its authority in the politics of states. Napoleon III needed to a war as well to restore faith in his Empire which was suffering from political disunity. What brought these nations to war would be a Prussian Prince recommended as a candidate for the Spanish throne following the ousting of Isabella II in 1868. This would be rejected after French protest and insisted on further Prussian assurances, but the king refused to give any. Bismarck manipulated a telegraph, known as the Ems Dispatch, to inflame emotions for both sides which insinuated each side insulted the other during private meetings between a French Ambassador and the Prussian King. 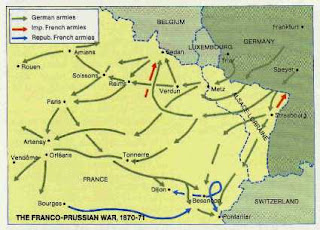 On July 19th, France declared war on Prussia only, but the other German states joined Prussia’s side. Due to its superior weaponry and rail system, Prussia soon won a series of battles in Eastern France; at the Battle of Sedan, Emperor Napoleon III was captured. The empire was dissolved and the Third Republic was formed, but even the armies of the Republic were devastated by a superior Prussian force. The Germans laid a lengthy, but successful siege on the city of Paris which was officially captured on January 28, 1871. In the end, Germany did in fact unite, as Bismarck envisioned, including the contested lands of Alsace and Lorraine. The defeat of the French Empire and Republic also led to the unification of Italy. Even though the war ended tensions would remain and the results of this war would play a part in the World Wars.

Walzer (1977) states that aggression is a crime of war and that fighting against aggression is justified. Leading up to this war, both sides accused the other of the crime of aggression and that they themselves were attempting to preserve the peace and security of the region. Although the decision of going to war was a culmination of years of tension, what ultimately led to the war surrounded the candidacy of Prince Leopold of Hohenzollern-Sigmaringen, a Prussian House, to the Spanish throne. Napoleon III feared being surrounded by two countries under Prussian influence and after much French protesting the offer was withdrawn. The Prussian government used propaganda to exploit this French intervention as a violation of political sovereignty and an act of aggression. Both attempted to inflame nationalist sentiment and none more than von Bismarck with his infamous Ems Dispatch. From what is observed, both sides were guilty of aggression and that this war was inevitable. Napoleon III needed a way to restore faith of the people in the French Empire and Bismarck wanted to unite the German states and needed a common cause to unite them; war was a means to accomplish their goals.

According to Walzer (1977) “A preventive war is a war fought to maintain the balance, to stop what is thought to be an even distribution of power from shifting into a relation of dominance and inferiority.” This was the original argument for states to justify going to war to maintain peace not just for the nation, but the region. Looking at the facts of the war, France was attempting to prevent a German power from rising and disrupting the balance of power in Europe. Walzer (1977) also points out dynasties are more likely than democratic nations to fight preventive wars. Many believe that this war was a preventive one by the words of the official French account of the war where it stated, “France has taken up the cause of maintaining equilibrium – that is to say, the cause of all nations – threatened as she is with the undue aggrandizement of one Royal House.” A preventive war needs to be fought before the power is tipped, and with the Ems Dispatch the French government declared war, but “insults are not occasions for war”. This of course is hard to justify why France would choose to go to war though as the German states were not likely to unite anytime soon without a war, a common threat, to unite them. Also, the Prussian military, enhanced by the other German states, was far superior to the French in both weaponry and transportation so the odds were well against the French from the very beginning, and which circumstances favor the defender not the attacker.

Some theorize that the Franco-Prussian War was not a preventive war, but rather a “provoked defensive war”. It was theorized by Josef Becker that the Prussian support of the Hohenzollern-Sigmaringen candidacy predictably provoked the French into a war. Becker theorizes that war between the Prussian and French was inevitable and that, according to Ambassador Josef Maria von Radowitz, Germany needed to enter the war “under the most favorable conditions possible.” Germany needed to appear as the victim of French aggression to the rest of Europe that would 1) justify their self-defense and retaliation, 2) prevent other stronger nations from coming to the aid of France, and 3) unite the independent German states as one nation. Once France declared war, Prussia could fight it’s obviously offensive war under the guise of it being a defensive war. What best summarizes the provoked defensive war theory are the words of Helmuth von Moltke: “the attacker is not the one who marches first, but the one who forces the other to.”

In conclusion, historically the Franco-Prussian War has been seen as a preventive war that French sought to fight to maintain the balance of power in Europe. The Germans were divided set of states that served as a buffer zone between Western Europe and Eastern Europe/Russia. Uniting Germany as one nation would unite it as a formidable military power with access to resources and with a strong transportation network. France, as a fledgling empire, needed to prevent the rise of this Germanic power and reassert itself as the dominant force in Europe. Some theorize that the Franco-Prussian War was a war provoked by Otto von Bismarck for political reasons. From researching this I’d say the war was inevitable and that both theorists are correct. Napoleon III needed a war and Germany was enough of a threat to justify a preventive war, and Bismarck provoked the French enough for them to declare it.

1. Abel, Karl. 1871. Letters on International Relations Before and During the War of 1870. London: Tinsley Brothers.