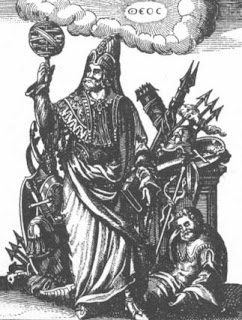 Hermeticism is a religious, esoteric, and philosophical movement stemming from the teachings of Hermes Trismegistus. Hermeticism takes its name from Hermes, a Greek god, which is the Greek equivalent to the Egyptian god Thoth. Thoth is said to be the god who invented writing (Thoth is often portrayed as a scribe and credited for all the sacred texts) and is also the god of magic. Trismegistus means "thrice great master" and Hermes is said to be master of the three wisdoms of the universe (alchemy, astrology, and theurgy) as well as being a priest, king, and philosopher. According to Francis Barrett, Hermes Trismegistus was a king of Egypt, though such claims cannot be proven through existing records of the kings of Egypt. Looking at this figure from two gods (Hermes and Thoth), Hermes Trismegistus was a great messenger to mankind as both of those gods were said to have revealed magic, writing, astrology, science, and philosophy to humans. Hermes Trismegistus was the subject of many Christian writers who considered him to be a "wise pagan prophet" who predicted the coming of Christianity.

In Hermeticism, there are said to be many sacred texts attributed to Hermes Trismegistus, but few exist today due to war, destruction, and loss. Generally, there are three major texts today used to study Hermeticism: the Corpus Hermeticum, the Emerald Tablet of Thoth, and the Perfect Sermon. The Corpus Hermeticum is composed of 18 books and forms the basis of Hermetic philosophy. It discusses the creation story in the first book and, in the following books, covers various philosophical and mystical aspects of Hermeticism. For centuries the Corpus Hermeticum was lost to the West, but during the Renaissance many ancient texts were rediscovered and translated. Such was the case for the Corpus Hermeticum which came to be in the possession of Cosimo de Medici (who started the Medici dynasty in Italy). The Emerald Tablet of Thoth (or Hermes) is a series of tablets that is said to hold ancient formulas key to Alchemy. Many early alchemists revere this artifact as the founding of their art. The earliest known record of the tablets are attributed to 6th to 8th century Arabia where a man known as "Balinas" is said to have discovered the tablets in a vault below a statue of Hermes in Tyana (now in central Turkey). The Perfect Sermon covers topics similar to those in Corpus Hermeticum, but this work is substantially longer, but also covers the prophecy concerning the decline of Hermetic wisdom and the end of the world. This work is said to have been translated into Latin by Apuleius, who authored "The Golden Ass" and remained in circulation throughout Europe.

Hermeticism stresses the importance of attaining inner enlightenment in hopes of going through a mystical experience, a sign that the soul has reunited with God; unity with the Divine is the great aim of Hermeticism. Ultimately it is only through divine revelation that leads to the Truth. It follows the belief in the existence of a single and true theology (Prisca Theologia) that is present in all religions that was given by God to mankind in antiquity. This movement also affirms the existence of one God, but rather than being a personified entity, God is considered the ultimate reality and truth. God in Hermeticism is both immanent and transcendent to the material universe. In Hermeticism there are other beings such as aeons (various emanations of God), angels, elementals, and other such spirits. Looking at the aspects of the aeons, one could see polytheistic, but as they would be just versions of a single God, Hermeticism is seen though as monotheistic. All divine entities are good as they come from God which is the Ultimate Good. All evil stems from demons and evil spirits. Man being in the material world and ignorant of the Truth and God is not free of evil

Alchemy in Hermeticism, and other practices, is not just focusing on literal alchemy (changing lead to gold), but also focuses upon spiritual alchemy where one progresses towards to inner enlightenment and reunion with God. Astrology is important in Hermeticism as the revolutions, rotations, and movements of the various heavenly bodies also have metaphorical means and influences. Knowing these meanings and influences leads to wisdom. Theurgy is the practice of good, or rather divine, magic; its opposite is Goëtia (black or evil magic). In the practice of theurgy, one allies with divine spirits. 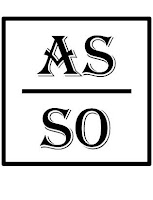 In the first book of the Corpus Hermeticum, Hermes recalls the creation story as told by God. In the beginning God created the primary matter that would make up the universe. From this primary matter, God separated the four elements (earth, air, fire, and water) and ordered them into the seven heavens which are often illustrated through Mercury, Venus, Mars, Jupiter, Saturn, the Sun, and the Moon. God created the world, separating it from the waters, and filled it with creatures that lacked intelligence (Nous). Man was then made and was imbued with intelligence and the ability to create. Man fell in love with nature and trapped in the material world. With this obsession with nature and the material world, man became limited, but while mortal in body was still immortal in spirit.

I find Hermeticism quite interesting, particularly with its obvious connections to Rosicrucianism and Gnosticism as well as aspects seen in Western and Eastern religions. Although the texts claim to go back to antiquity, most of them are dated from 2nd century AD onward, but many religious texts are dated back to this time, including Christian books. Hermes Trismegistus may or may not have been a real person, but many who follow the Hermetic movement don't take everything in the texts as literal and understand that many things are figurative and metaphorical.

5. What Is Hermeticism? (n.d.). http://www.hermeticfellowship.org/HFHermeticism.html

9. Greer, J. (n.d.). An Introduction to the Corpus Hermeticum. http://gnosis.org/library/hermet_intro.htm

12. What Is the Emerald Tablet? (n.d.). http://www.alchemylab.com/what_is_the_tablet.htm