Officers of the Blue Lodge

The foundation, the center of activity, and the basic organizational unit for Freemasonry are the Blue Lodge, also known as a Craft Lodge. It is believed the term comes from the lodges (shelters) constructed at the building sites of cathedrals and castles during the Middle Ages. A Blue Lodge, in most jurisdictions, has the following officers: Worshipful Master, Senior Warden, Junior Warden, Treasurer, Secretary, Senior Deacon Junior Deacon, Marshall, Chaplain, Senior Steward, Junior Steward, and Tiler. The first 5-officers are elected annually by the members of the Lodge while the rest are appointed by the Worshipful Master. Each of these Lodge officers wears an apron and collar with a symbol peculiar to that office. Each officer plays an important role in governing and supporting the Lodge. The health of a Lodge can be reflected by the officers so it is of the utmost importance that the Brethren choose wisely. 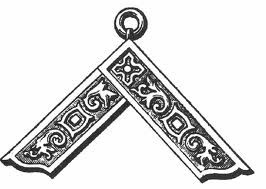 The Worshipful Master is the presiding officer or chief executive officer (CEO) of the Blue Lodge. Within the Lodge, he sits in the East, emblematic of the rising sun; regardless of the orientation of the building, the location of the Worshipful Master is referred to as East. He presides over monthly stated (business) meetings, the delegation of duties to all other Lodge officers, and the conferring of the three degrees of Ancient Craft Masonry: Entered Apprentice, Fellowcraft, and Master Mason. While he is the ultimate authority within the Lodge, he is also responsible for everything within the Lodge and for his junior officers. While the Worshipful Master has a great amount of authority, he is restrained by both the Constitution and By-Laws of the Grand Lodge as well as the Lodge By-Laws; the Worshipful Master should be seen as an arbiter, not a dictator. The jewel of a Worshipful Master is the Square which teaches Masons and should remind the Master that as the Square is an emblem of morality and virtue, of right action, so to should we act with our fellow man. The name "Worshipful" has caused many misconceptions and myths about the role of the Master of the Lodge. "Worshipful" is an Old English term meaning "one deserving of respect". Masons do not worship the Worshipful Master. Non-English speaking jurisdictions refer to the Master as Venerable instead of Worshipful. The word "Master" is rooted in the Latin word "magister" meaning "chief, head, or teacher."

In the West of the Blue Lodge, sits the Senior Warden. He should be the Master's right-hand man and is comparable to a Vice President. In the absence of the Worshipful Master, the Senior Warden presides over the Blue Lodge. According to Masonic tradition, it was the Senior Warden who paid the craftsmen their wages and to settle disputes among the Brethren. The Senior Warden is part of the security of the Lodge ensuring all present are Freemasons. The Senior Warden's jewel is the Level which symbolizes equality meaning that Masons meet on the level, without regard to social, political, or religious status. The word "Warden" comes from the Proto-Germanic word "wardon" meaning to "to watch or guard."

A Lodge is metaphorically said to be supported by three pillars denominated Wisdom, Strength, and Beauty. The Pillar of Wisdom is represented by the Worshipful Master, the Pillar of Strength by the Senior Warden, and the Pillar of Beauty by the Junior Warden.

The chief financial officer of the Lodge is known as the Treasurer. He sits to the right of the Worshipful Master, often just behind or next to the Senior Deacon. He is responsible for all financial transactions of the Lodge. Due to the importance of this office, the Brethren should particularly careful in who they elect. The jewel of his office is a pair of crossed keys signifying he is the collector and distributor of all Lodge monies as he holds the keys to the treasury. The word "treasurer" comes from the French word "tresor" meaning "treasury" which itself means "funds or revenue".

The chief operations officer of the Lodge is the Secretary who sits to the left of the Worshipful Master. The Secretary is the backbone of the Lodge and needs to be a Mason with experience and detailed oriented. The Secretary keeps the records of all meetings, handles all correspondence for the Lodge, and numerous other administrative duties. The jewel of the Secretary is a pair of crossed quills representing a medium of record keeping. "Secretary" comes from the medieval Latin word "secretarius" meaning "clerk, notary, or confidant." Secretarius itself stems from the Latin word "secretum" meaning "a secret." 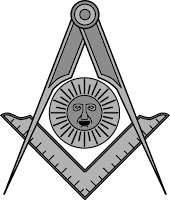 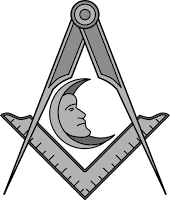 Both Deacons carry staffs at the top of which is fixed the jewel of their office, but, in the early years of the UGLE, the staffs were topped by pine cones, but this would then change to doves that are also seen as messengers. The dove was also a symbol of peace and harmony, and the Deacons should remember they are officers of peace. One can see this during the initiation when the Senior Deacon is escorting the candidate. The Senior Deacon places himself between the candidate and the Altar, thus protecting the Altar from the uninitiated man, but once the candidate becomes a Master Mason, the Senior Deacon moves to his left side when escorting him.

The use of staffs by officers is very symbolic and has been used in a variety of cultures. The most obvious use is by the Greek god, Hermes, who was the messenger of the gods, just as the Deacons are the messengers within the Lodge, and who carried the caduceus. This wand was used to ward off evil and to ensure that he was unimpeded in his journey. Carrying a staff is a mark of authority and we see this with the king's scepter, the bishop's or verger's staff, the mace of Parliament, and, Biblically, with the staff of Moses. Now we can't talk about the Deacon's staffs without talking about the rods that are carried by the Stewards of the Lodge as one of the origin theories of these implements surrounds the Stewards of the King in England. These Stewards carried a white rod which was a symbol of their authority appointed by the King. Other officers carried rods such as the usher of the Lord Chamberlain's department who carried a black rod.

Sometimes referred to as the Master/Director of Ceremonies, the Marshal is the appointed officer in charge of processions, carries the flag during the opening of a Lodge, and, in Idaho, leads the Lodge in giving Grand Honors to distinguished guests. The Marshal (or MC), according to Idaho ritual, is the first officer he meets with a new candidate. Marshal comes from Old French word "mareschal" meaning "commanding officer of an army; officer in charge of a household" which is derived from Frankish-Germanic word "marhskalk" meaning "horse-servant." The jewel for the Marshal is the crossed batons to remind us that this officer, not just in Freemasonry, has been used in arranging and directing ceremonial aspects of a gathering. 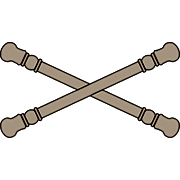 While Freemasonry is a secular fraternity, we still require our members to have a belief in the Supreme Being. In the opening and closing of every Lodge meeting, we have a prayer which is presided over by the Chaplain. The Chaplain sits to the left of and in front the Worshipful Master; in some jurisdictions, I've seen the Chaplain sitting right next to Worshipful Master in the East. This etymology of Chaplain comes from Old French "chapelein" meaning "clergyman" deriving from the Medieval Latin word "cappellanus" meaning the same. The jewel of the Chaplain is an opened book representing the Volume of the Sacred Law.

Sitting in front of the Junior Warden in the South are the Senior and Junior Stewards. Their duties can cross a wide spectrum of duties from assisting the Junior Warden in providing refreshment and Secretary in collecting monies to preparing a candidate for receiving the degrees of Freemasonry. The word "Steward" is rooted in the Old English words "stiward" and "stigweard" meaning "house guardian" and "housekeeper" which are rooted in Proto-Germanic words meaning "guards." The Steward's positions would be comparable to a Supervisor in the corporate world. The jewel of their office is the Cornucopia or Horn of Plenty which denotes the fruits of labor and represents a job well done. 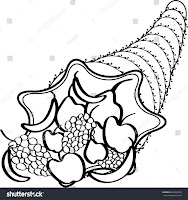 The final appointed officer of the Lodge is the Tiler. The Tiler is the outer guard and ensures the Lodge is secure from cowans and eavesdroppers. The jewel of the Tiler is the sword which is also the implement of his office. He is given no scabbard to symbolize that he is to have his sword always drawn and be ever ready to defend the Lodge. It is the Tiler along with the Junior Deacon and Senior Warden who ensure the complete security of the Blue Lodge. The word "Tiler (sometimes spelled Tyler) is derived from the Latin word "tegere" meaning "to thatch, cover, or roof." In Operative Masonry, a Tiler was one who closed in the building and hid its interior from outside viewing and influenced the name of the officer who would guard the entrance of the Speculative Lodge.