Today was a very busy day as I attended meetings for my Allied Masonic Degrees Council, Knight Masons Council, and Red Cross of Constantine Conclave in Glenns Ferry, ID, which is a small town along the Snake River.

Star Garnet Council No.560 met in the morning where we initiated a new member, I presented a paper concerning the Royal Ark Mariner degree, and then the Council held elections. I was elected to be the Sovereign Master for 2019-2020; I will be installed in October at our next meeting.

After lunch, Knights of Tara Council No.122UD of the Order of Knight Masons was instituted under dispensation and the officers were installed by Joe Crociata, the Most Excellent Great Chief of the Grand Council of Knight Masons of the USA, and Joseph W. MacIntyre, Right Excellent Grand Superintendent of the Northwest Territory. I will serve as the Founding Scribe (Secretary) of this Council. After our constitution, we initiated 4/5 new members. We chose to use Tara in our name as it refers to a hill that is important to Irish heritage: the ancient seat of the High Kings of Ireland and the home of the Tuatha de Danann, a legendary precursor race of people. 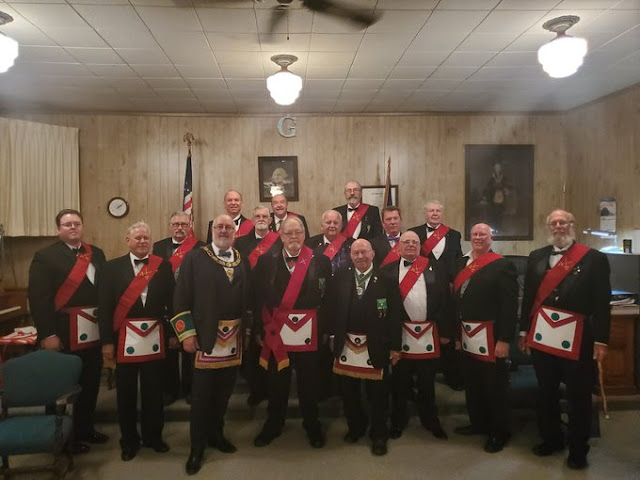 In the late afternoon, St. Michael's Conclave of the Red Cross of Constantine held its annual Summer meeting where we initiated a new member. After the initiation, we had a quick business meeting followed by a great banquet at a local winery that overlooks the Snake River Valley.
Posted by Barry at 10:54:00 PM