House of the Temple Sphinxes Vandalized

It was reported by Illustrious Brother Arturo DeHoyos, Grand Archivist of the Supreme Council of the Ancient & Accepted Scottish Rite for the Southern Jurisdiction of the United States of America, that the two sphinxes that stood on the side of the front steps to the House of the Temple were vandalized. Criminals broke off pieces from their faces and smeared them with, what he called, filth. This is needless destruction, most likely, by those ignorant about Freemasonry and deceived by anti-Masonic propaganda. I also see this as no different from the wanton destruction the world saw in the Middle East by the Islamic radicals, ISIL/ISIS. I hope the police are able to apprehend these criminals and that they are prosecuted. Anti-Masons do not understand or care, but Freemasonry is not a building, sculpture, or monument. We are a worldwide brotherhood and we are united. 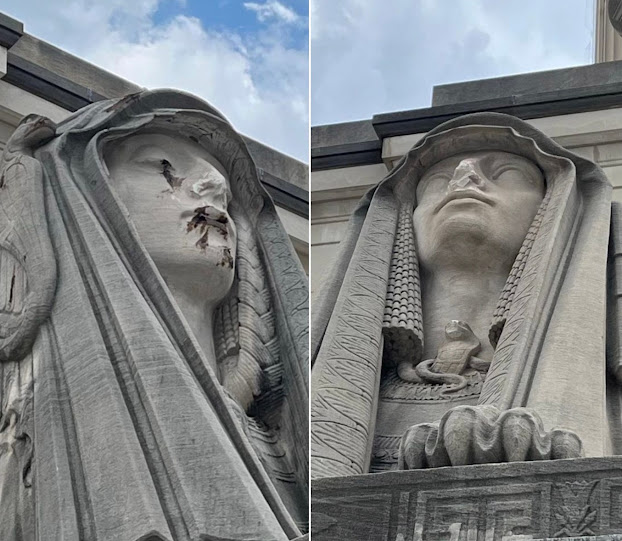