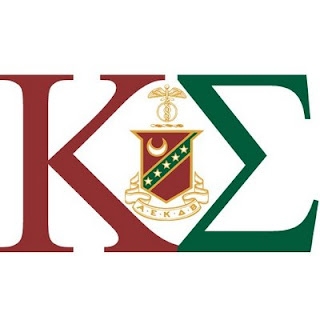 Today marks the 142nd Anniversary of the founding of the Kappa Sigma fraternity.  I have had the pleasure of being in Kappa Sigma for the last 5-years.  I have gained a great set of friends and Brothers, particularly my Pledge Brothers who I spent countless hours with during our Pledgeship.

The Star and Crescent shall not be worn by every man, but only by him who is worthy to wear it. He must be a gentleman ... a man of honor and courage ... a man of zeal, yet humble ... an intelligent man ... a man of truth ... one who tempers action with wisdom and, above all else, one who walks in the light of God.

During his speech at the 2nd Grand Conclave in 1878 talked about the expansion of this Brotherhood, and the following words are still recited by all Pledges and Brothers today:

Why not, my Brothers, since we of today live and cherish the principles of the Kappa Sigma Fraternity, throw such a halo around those principles that they may be handed down as a precious heirloom to ages yet unborn? Why not put our apples of gold in pictures of silver? May we not rest contentedly until the Star and Crescent is the pride of every college and university in the land!