The Druze and the Order of the Eastern Star

While reading, during my few days of Winter break, I decided to go back through some old articles I read and came across Worshipful Brother Cliff Porter's article on his time in the Middle East and his discussion about the Druze when something caught my attention. I am only going to highlight key portions of this faith, but I encourage anyone interested to further research this religious practice.

A monotheistic religious community, the Druze can primarily be found in Syria, but can also be found in Lebanon, Israel, and Jordan; there are some communities of expatriated Druze in Europe, North America, and Africa. This faith emerged during the 11th century from Ismailism branch of the Shia Islam and which combines aspects of the Abrahamic religions, Gnosticism, Neo-Platonism, and other philosophies.

There are a few theories as to the origin of the name Druze. Some believe it originates from Muhammad bin Ismail Nashtakin ad-Darazi, an early Islamic preacher. Ironically the Druze considers ad-Darazi a heretic for his wild exaggerations that led to his expulsion, but the name is used to identify them for historical purposes. Some hypothesize that it was Shaykh Hussayn ad-Darazi, an early convert that influenced the use of the Druze name. Others believe it derives from the word Darazo which means bliss. The Druze refers to themselves as Ahl al-Tawhid (the People of Monotheism) or al-Muwaḥḥidūn (the Unitarians).

The early Druze faith was preached by Hamza ibn Ali ibn Ahmad, a Persian Ismaili scholar. When he arrived in Egypt in 1014, he assembled a group of scholars and leaders from across the region to form this Unitarian movement. The early meetings were held in secret until 1017 when Hamza finally took the religious movement public.

The Druze are not a separate ethnic group, but rather a religious and social group who has some similarities to the predominately Muslim controlled nations they inhabit. Due to their secretive nature and some fundamental differences from the mainstream Islamic faith, they are sometimes seen as separatist.

To the Druze, God transcends the attributes that may be placed on Him by other faiths as they believe this leads to polytheism. God is incomprehensible so many of the questions concerning the "how", "when", and "where" of God are fruitless. They believe in the concept of Tajalli or theophany. Theophany taken in its literal translation means "appearance of God", but can also be defined as a "divine disclosure." From everything I have read the Druze follow the latter definition since it is less a concept of a physical incarnation (which would contradict their scriptures), but rather to the Light of God experienced by those who have reached a high enough level of spirituality.

The Druze have several books that comprise their sacred texts which are known as Kitab Al Hikma (Book of Wisdom). Some of the teachings are symbolic or allegorical and some divine. Due to these understandings the books and their teachings are divided into three layers which are the zahir (the exoteric), the batin (the esoteric), and the anagoge (the hidden of the hidden). The zahir is available to anyone who can read and hear. The batin is available to those who have the willingness to learn and study through the concept of exegesis or critical interpretation of religious texts. The anagoge is only accessible to a select few who have reached a certain level of enlightenment. Unlike other movements, the Druze do not believe that the esoteric meanings void the exoteric meanings, and actually complement one another. 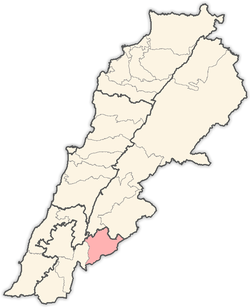 Druze meet in sanctuaries called khalwa (or khalwat) which act as their prayer-houses instead of mosques. The main sanctuary is called the Khalwat al-Bayada which is located near Hasbaya (Southeastern Lebanon).

The Druze follow seven precepts that are considered to be the core of the Druze faith, which are similar to the pillars of Islam. These precepts are:


Veracity in speech and the truthfulness of the tongue.
Protection and mutual aid to the brethren in faith.
Renunciation of all forms of former worship (specifically, invalid creeds) and false belief.
Repudiation of the Devil, and all forces of evil (or despotism).
Confession of God's unity.
Acquiescence in God's acts no matter what they are.
Absolute submission and resignation to God's divine will in both secret and public.

The moral system of the Druze religion consists of seven principles:

In the Druze faith there is a belief of reincarnation similar to that seen in the Eastern religion of Hinduism. As man is imperfect he must be reborn many times to unite with God and reach Heaven where he saved from rebirth. Good people are more fortunate in their reincarnations than bad people. Those who have the misfortune of finding themselves in Hell are tortured by the distance, separation, and deprivation from God. Keeping in common with the Eastern religions, they believe the transmigration of the soul where the soul is instantaneously reincarnated into a new life.

The Druze recognize the major Prophets such as Adam, Noah, Abraham, Moses, Jesus, and Muhammad. These major Prophets had 7 minor prophets who in turn had 12 disciples which include figures from the Abrahamic faiths as well as Greek history. Prophets are not worshiped but are considered special people who are free of sin.

Avoiding most uses of icons, the Druze use five colors to represent a metaphysical power which is called Haad. Haad translates to mean limit and by limitation they refer the limits that separate man from the animals of this Earth. The five colors of each of the five Haad are as follows:


Green for Aql or the Universal Mind which gives consciousness and is necessary to understand the truth
Red for Nafs or the Universal Soul embodies the mind and is responsible for one's character
Yellow for Kalima or the Word/Logos which is the mediator between the divine and the material and communicates the qualia (conscious experience) between humans
Blue for Sabiq or the Cause or Precedent and is the mental power of the will which manifested will lead to the Tali
White for Tali or the Future, taken with the Sabiq, one learns from the past, plan for the future, and predict what may come

These colors can be combined into vertical stripes or a five-pointed star which embodies the golden ratio, or Phi, as a symbol of temperance and moderation. The latter design reminds me of the emblem of the Order of the Eastern Star.

The Order of the Eastern Star is one of the largest fraternal organizations under the Masonic umbrella in which both women with proper Masonic heritage and Master Masons may join. The fine degrees of this organization center on the lives of the five Biblical heroines: Adah (Jephthah's daughter, from Judges), Ruth (the widow Mahlon), Esther (the wife of the Persian King Ahasuerus or Xerxes I), Martha (sister of Lazarus from the Gospel of John), and Electa (the "elected lady" mentioned in II John). Each of these famous women represents one of the five principles of the Order: Fidelity, Constancy, Loyalty, Faith, and Love.

The emblem of this order is a five pointed star which is said to represent the Star of Bethlehem. By this symbol we see a dualist interpretation where the star represents the descent of spirit into matter, the divine in man, or the presence of God on Earth. Each point of the star represents one of the heroines mentioned above and is also emblematically represented by a specific symbol:

The yellow point of the star is the seat of Ruth who is symbolized by a sheaf of barley and represents the virtue Constancy and devotion to that which is righteous.

The virtue of Loyalty is exemplified in the story of Esther who stands upon the white point of the star and is symbolized by the crown and scepter.

The broken column symbolizes the mortality of man and the perseverance in trials as told in the story of Martha at the green point of the star.

The elected lady or commonly known as Electa is placed upon the red point of the star which color is commonly used to represent martyrs as she stood by her faith in the face of persecution and is symbolized by the chalice.

One reading through the history and teachings of the Druze, one can see similarities not just between the Eastern Star, but Freemasonry in general. According to Cliff Porter:


I had heard of the Druze only in passing when I learned that the Ancient and Accepted Scottish Rite of Freemasonry Southern Jurisdiction and Mother Council of the World had removed the Druze from their 25th degree. Masonic scholar Rex Hutchens believed the degree should be a Sufi degree. I am assuming that is because the Sufi’s seemed a likely candidate because their rituals are so similar to Masonry and so little is known of the Druze. I am no longer certain the correct decision was made here and I shall elaborate.

I am going to continue researching such groups like this with possible influence on our great organization.

1. About. (n.d.). Retrieved from General Grand Chapter, Order of the Eastern Star: http://www.easternstar.org/about_oes.html

6. Order of the Eastern Star. (n.d.). Retrieved from Wikipedia: http://en.wikipedia.org/wiki/Order_of_the_Eastern_Star

7. Order of the Eastern Star. (n.d.). Retrieved from Freemasons of New Zealand: http://www.freemasons.co.nz/cms/other-masonic-bodies/order-of-the-eastern-star/