"Probably no symbol in mathematics has evoked as much mystery, romanticism, misconception and human interest as the number pi"

Today is Pi Day and I hope everyone enjoys it! Pi Day is celebrated on March 14th, or 3/14, in commemoration of the mathematical ratio known as Pi which is approximately 3.141592653. This year's Pi Day is particularly unique because 3/14/15 at 9:26:53am is a sequential time following the sequence of Pi. The first organizer of Pi Day was Larry Shaw who works at the Exploratorium in San Francisco, CA. 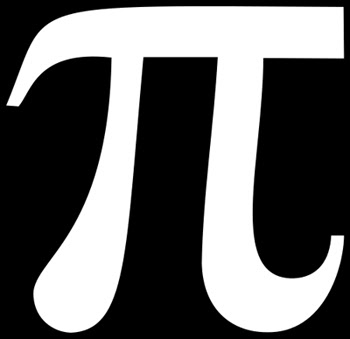 Pi, or π, is the sixteenth letter of the Greek alphabet. Mathematically speaking, Pi is the ratio of a circle's circumference to its diameter and this is constant for any size circle. While this ratio has been used for thousands of years, it wasn't until the 17th century that "π" was used as a symbol to represent it. Pi is an irrational number which means it is a real number with an infinite and non-repeating decimal.

No one knows for sure when the Pi ratio was first discovered, but from recorded history we see that the Egyptians and Babylonians were the first to search for and come close to 3.14 infinite sequence around 4,000 years ago. The Rhind Papyrus (ca. 1650 BC) states the following, "Cut off 1/9 of a diameter and construct a square upon the remainder; this has the same area as the circle." His equation would lead to roughly 3.16049. According to a Babylonian tablet (ca. 19th century BC), that culture used a calculation of 3.125. The ancient Chinese also had a similar formula, independently found a few hundred years later. The Old Testament also speaks in 1 Kings 7:23 of the ratio of the circle's circumference to it's diameter, but they just spoke of a 3:1 ratio.

Over the centuries mathematicians would endeavor to find the most accurate formula and ratio, but the first man to make a serious impact on the calculation was Archimedes. Others in the past had focused on the area whereas focused on the perimeter. After Archimedes there were no real significant discoveries made in regards to Pi until the 16th century. Mathematicians such as Françlois Viéte and Adrianus Romanus started expanding Pi to several digits after the decimial. At the end of the 16th century, Ludolph Van Ceulen presented Pi with up to 20-digits and spent much of his life searching for Pi; by the time he died he had founded 35-digits. He is so remembered for his discoveries that the digits he discovered were engraved into his tombstone in Leyden.

In 1647, William Oughtred, an English mathematician, published "Clavis Mathematicae" and used "π" to represent the ratio. It wouldn't be until 1737 when Leonhard Euler, a Swiss mathematician, used it that it started being used more and more. Mathemeticians have continued to expand the digits of Pi, but with the advent of computers, Pi has been calculated to 10-trillion digits past its decimal point.

Thinking of Pi in Freemasonry, I am reminded of many lessons expressed in the Fellow Craft degree, particularly Geometry, "the first and the noblest of sciences", and also the lessons represented by the Square, Compasses, 24-in Gauge, and the Point within a Circle.

Now go and explore Pi by enjoying some pie. 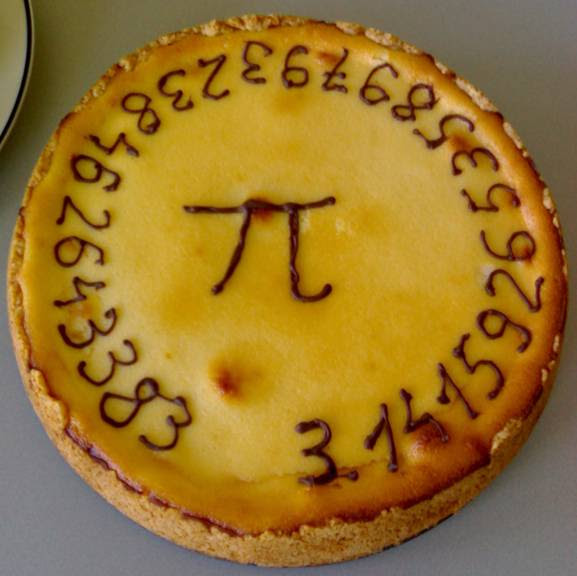