One of the more infamous Grand Masters was Gerard de Ridefort, who served as from 1185 to 1189 as the 10th Grand Master of the Templar order, and is remembered for allowing his pride to help in the downfall of the Latin Kingdom of Jerusalem. 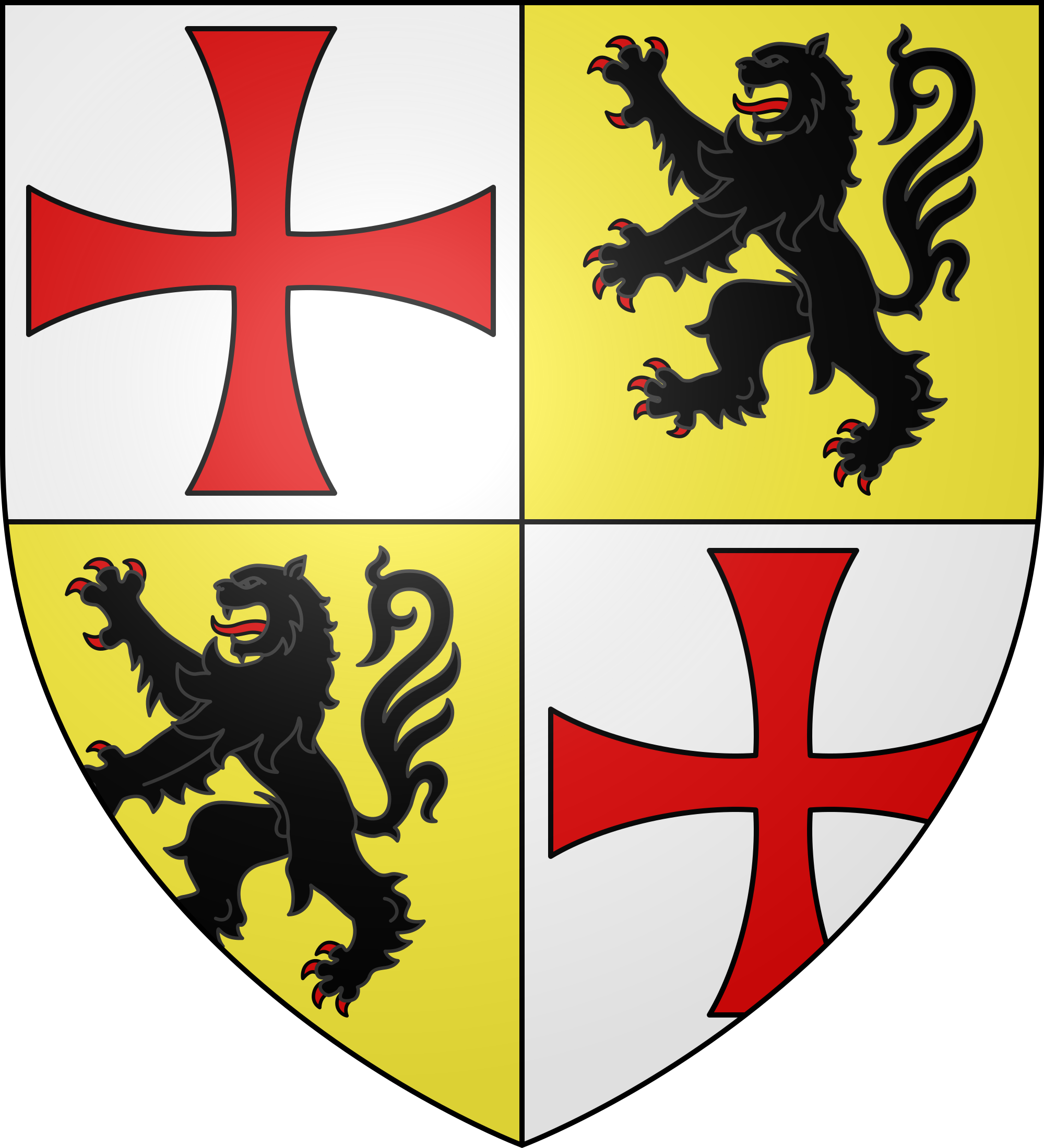 Gerard de Ridefort was born in Flanders around 1141. It is not exactly known when he arrived in the Holy Land, but what is known is that he was found in the service of Raymond III, Count of Tripoli. When Raymond refused to marry Gerard to Lady Lucia, a rich heiress, the friendship soured and sowed the seeds for future actions of Gerard.

He left the service of Raymond and turned to the Kingdom of Jerusalem. It was during this time that he joined the Templar order and by 1183 he sat as the Seneschal, or 2nd-in-command, of the Templars. By late 1184 or early 1185, Gerard was elected as Grand Master.

In 1185, the leper king, Baldwin IV, passed away and the sole authority passed to his nephew Baldwin V who was 8-years old at the time of his coronation, but the kingdom was ran by a regent, Raymond, the Count of Tripoli. The next year Baldwin V died and the succession came into question. There were two major contenders for the throne were Sibylla, Baldwin IV's sister supported by Guy de Lusignan and Isabella, Sibylla's younger half-sister, supported by Raymond III. The Grand Master de Ridefort sided with Guy de Lusignan, and in July of 1186 Guy and Sibylla were crowned King and Queen.

Raymond III's poor relationship with the monarchy gave Gerard de Ridefort ability to label him as coward and/or traitor which only gave Raymond the need to ally with Saladin. In reaction to crimes committed by Renaud de Chatillon, Lord of ##, and the refusal of the king to punish him, Saladin desired to enter into the Kingdom of Jerusalem to take care of Renaud himself. Raymond would only allow a small contingent to enter Galilee and only for a day. He informed the people and troops in the area to stay within their fortresses and avoid conflict. Learning of this Gerard de Ridefort sent some of his troops to defend Nazareth against the approaching Muslims. The battle would result in the slaughter of the Christian troops, with only a few survivors including Gerard de Ridefort.

Small encounters and fights would eventually lead to one of the bloodier battles of the Crusades, the famous Battle of the Horns of Hattin. Eventually Saladin would invade into the Kingdom and the King would call his troops. The Crusaders met at the Springs of Saffuriyah on the 27th of June and held council. Many of the king's men advised the king to hold near a source of water and let Saladin come to them, allowing the heat to tire the enemy, which had occurred in previous battles against the Muslim forces.


Saladin had learned from past mistakes and did not move his forces from his water source so instead he sent part of his force up to Tiberias and take the fortress belonging to Count Raymond, who was away, but whose wife and family were still in the castle. Even though counseled against by Raymond, at the advice of the Templar Grand Master the Crusading Army set off across the arid terrain though the blazing heat on the 2nd of July to face the Saracen army. The water went quickly, men and animal succumbed to the heat of the day, and the forces were harassed by Saracen scouting parties.

The Crusaders made camped on a pair of hills known as the Horns of Hattin, but Saladin's forces kept up the harassment campaign throughout the night. On the morning of July 4th, Saladin ordered the surrounding brush be set of fire which sent a black smoke to flow into the already-parched Crusader camp. Then the battle started, it was a slaughter. Guy de Lusignan attempted to send his forces to take the springs near Hattin, but were repelled. The Crusading force was exhausted from the march plus they were dealing with desertion of their troops who refused to keep going forward. The infantry that did stay was defeated by the Muslim cavalry. Even the Knights Templar were defeated and those who were captured were beheaded, except for the Grand Master Gerard de Ridefort.

This victory made Saladin's force the dominant fighting force in the region and he continued through the kingdom using his noble captives as means to secure the surrender of castles and fortresses such as Acre; this would eventually lead to the fall of Jerusalem in July of 1187; this led to the Third Crusade which would start with the Siege of Acre. A few months later, Saladin released the Templar Grand Master and he took back the command of the Templar Order.

The Horns of Hattin had decimated the Templar order and the Crusading forces. They would begin to grow their forces again and we see in 1189 that the Grand Master led the Templars in a campaign to support the Siege of Acre, along with the King Guy de Lusignan and his army`. The Siege of Acre would last for two years and cost countless lives on both sides of the fight. On the 4th of October, 1189, Gerard de Ridefort died at the foot of Mount Toron near the walls of Acre. Some say he died during the battle against Saladin's forces and others say he was first captured then executed by Saladin.

The infamy of Gerard de Ridefort is a lesson against pride, the selfishness of personal advancement at the expense of others, the dangers of blind vengeance, and how arrogance or hubris can lead a man to commit acts of insanity. Gerard de Ridefort was instrumental in the decline of power of the Latin Kingdom of Jerusalem as well as the decline in power and prestige of the Knights Templar.