The third Grand Master, Everard des Barres, was an interesting character to study. He is said to be a model Templar diplomatically, tactically, and in his piety. Everard was such a pious man and did not, it seems, enjoy the position of Grand Master as he abdicated the position in 1151 and became a Cistercian monk. 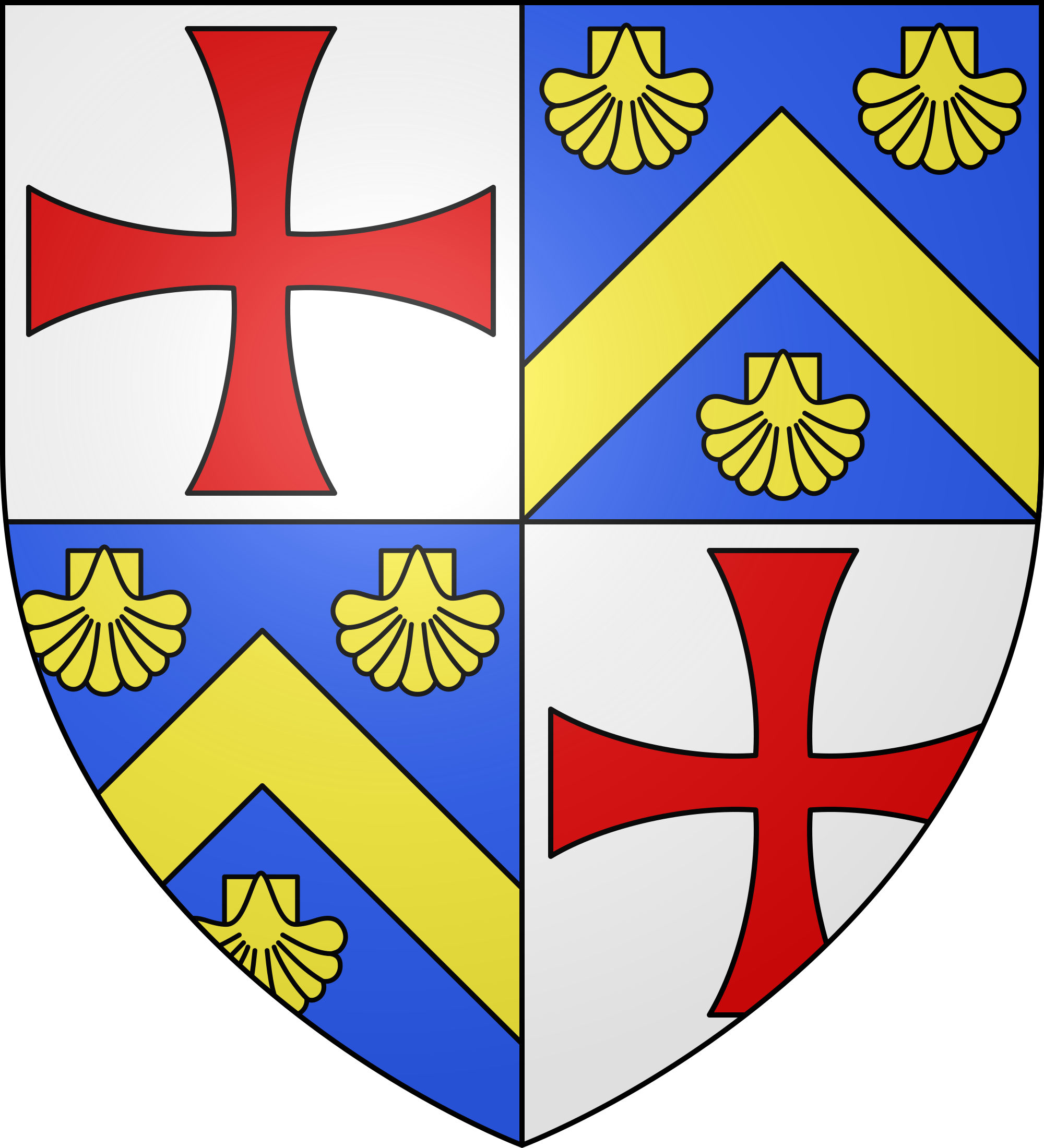 Everard des Barres was born circa 1113 in Meaux (around 45-km east-northeast of Paris), France. He entered the Templar Order sometime in his teens and advanced quickly through the ranks.

In 1143, he started serving as Preceptor of the Templars in France, until his election and ascension to the station of Grand Master in 1147 when Robert de Craon, the previous Grand Master, died. At taking over as Grand Master he convened, in Paris, a meeting of the General Chapter of the Templars at which King Louis VII of France, Pope Eugenius III, many Templar knights and sergeants, and other Christian dignitaries were in attendance. It's also around this time that Pope Eugenius III authorized the use of the Red Cross on the Templar uniform, but whether or not it occurred at this meeting it is not known.

While passing through the passes of Pisidia in the Cadmus Mountains, located in southwest Turkey, Everard des Barres saved King Louis VII's life during a battle with the Seljuk Turks. King Louis was so impressed with the courage and discipline that he placed the Frankish army under Templar command whereupon he divided them up into units with a Templar knight overseeing them. Through the rest of their journey, they lost very few lives.

Once the Franks arrived in Antioch, King Louis requested a loan of 2,000 silver marks from the Templar Grand Master to help finance further military operations; he had spent nearly all of his funds getting his troops to the Holy Land. To find the monies needed, Everard traveled to Acre and from that point the Templars started to become the bankers and treasurers for the kings and lords in the Holy Land and in Europe.

In 1148, Everard des Barres led his Templar knights along with King Louis and King Baldwin III on an unsuccessful siege of Damascus. King Baldwin wanted to use the newly arrived Frankish army to lay siege on Damascus. The siege would most likely have been successful, except politics got in the way. King Baldwin had promised to give the city over to the Thierry of Alsace, Count of Flanders. Many of the Christian lords withdrew their troops and the Crusader army fell apart. The Muslims took advantage of this and attacked Antioch. It taking the city they beheaded Prince Raymond of Poitiers.

After the defeat at Damascus, Everard accompanied King Louis back to France. The Templar host was left back in the Middle East and his officers requested his return, but it never came. Then in April of 1151, Everard officially abdicated the office as Grand Master and became a Cistercian monk at Clairvaux. He died in the abbey at Clairvaux on November 12, 1174.

Everard des Barres set a mighty precedent as serving as a diplomat between monarchies as well as becoming a financier for them. This and their courage in battle started to catapult their reputation both in the Holy Land and in Western Europe. Becoming the treasury to the French crown would also sow the seeds that would lead to their downfall in 1307. Some say he became a monk to do penance for the failures of the Second Crusade and the lives lost as a result.

1. A Brief History of the Medieval Knights Templar. n.d. http://www.osmth.org/templar-legacy.