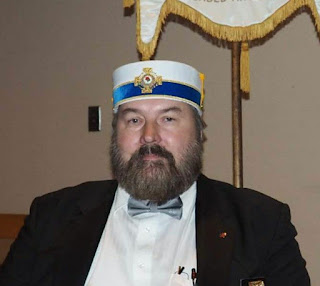 
I'm sure I've missed something that he did, but it's hard to keep track of such a distinguished career. You will be missed Brother. My thoughts and prayers are with you and your family during this time. God speed.

Email ThisBlogThis!Share to TwitterShare to FacebookShare to Pinterest
Labels: Masonry