Ancient and Heroic Order of the Gordian Knot 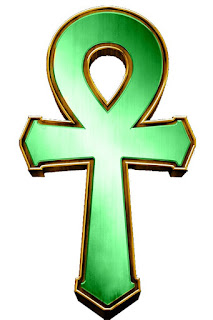 Born in central Macedonia in 356 BC, Alexander the Great would rise to be known for his military and leadership skills that built one of the largest empires of the world covering Greece, Turkey, North Africa, the Levant, northern Arabia, Persia, and western India (roughly 5,200,000 square kilometers). His military campaigns increased contact and trade between east and west; helped lead the way for the Roman and Byzantine Empires; helped create the infrastructure that would assist the spread of Christianity; and founded many cities that bore his name, the most famous of which was in Egypt. With such accomplishments, it is unsurprising that so much research has been dedicated to him, even among Masonic scholars and researchers, but what surprised me is that there exists a Masonic organization known as the Ancient and Heroic Order of the Gordian Knot whose rituals surround a curious episode of Alexander and the town of Gordium.

The basic organizational unit is known as a Synod. Synods fall under a Supreme Grand Synod and there are Synods in Washington, Florida, Mississippi, Georgia, South Carolina, Tennessee, and Indiana. Synods are composed of the following officers:

To be eligible for membership one must be a Master Mason in good standing. To serve as one of the four officers, one must be a Knight Templar of the York Rite or a 32° in the Ancient & Accepted Scottish Rite. Members wear a jewel in the form of an Ankh

The ritual is based upon the story of Alexander the Great during his time in Gordium. During his conquest of the Persian Empire, he stopped through the town of Gordium. Looking back at history, a Thracian tribe known as the Phrygians were settled in a town called Gordium. The Phrygian kingdom grew and the most famous of its kings was called Midas. This king is said to have fastened the yoke of his chariot with such a knot that nobody could untie it. The Phrygian kingdom would eventually fall to constant invasion and in 547 BC, King Cyrus of Persia conquered the region and made Gordium the capital of the region. Towards the end of 334 BC, the town fell to the armies of Alexander the Great. Now the chariot and with its know still existed and an oracle had declared that anyone who could untie the knot would become ruler of all Asia. Alexander entered the town and tried, but failed until he reasoned that it would make no difference how it was undone so he drew his sword and cut the knot in half. Another legend states that he pulled the linchpin and was able to untie it without cutting it. Some have suggested that this knot was a cipher communicated to kings of Phrygia while others suggest that it was used to legitimize Alexander's conquest and rule. Since that time, the term "Gordian knot" has referred to a complex or unsolvable problem. The chief lesson of this degree was to demonstrate the inherent unity of all regular Masons regardless of what rite or order they belong to.

The ritual was written by Varick Steele while he was working as a civilian employee in Germany in the 1960s. He spread this order throughout Germany and in Saudi Arabia, but with the downsizing of military troops, those Synods would eventually close. Lloyd Anderson, who had been initiated into the order in Germany, helped an inactive Synod get back onto its feet within the US. He, with the support of Brother Steele, then proceeded to establish more Synods which led to him re-establishing Supreme Grand Synod which is now headquartered in Indiana.

3. Andrews, E. (2016, February 3). What Was the Gordian Knot? Retrieved from History Channel: https://www.history.com/news/what-was-the-gordian-knot