The Tyranny of Autocracy

The strength and power of despotism consists wholly in the fear of resistance.
-Thomas Paine 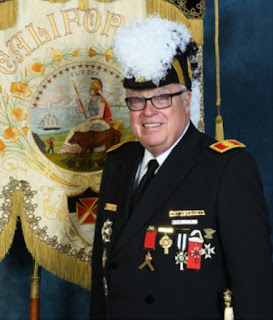 We Sir Knights of the Grand Encampment are confronted with a unique and invidious challenge to our well-regulated system of governance. The actions taken by the Grand Master following his election have aroused consternation among our members and resulted in a Call to Conclave joined by more than nine Grand Commanderies, including the Grand Commandery of California. The issues raised in the Call are to be determined at the East Central Department Conference in Ft. Wayne, IN this coming March. Our elected Commandery officers will attend to represent California at their own expense.

You should be aware of a plan to thwart consideration of the issues joined by the Call. I am a member of the Templar Jurisprudence Committee. The Committee is charged to consider and report on all legislative, judicial and executive actions of the Grand Master when requested. (Const., §97.)

The Committee members have decided preliminarily to issue an opinion that the proposed legislation cannot be considered at a Special Conclave, that the Decisions of the Grand Master may not be reviewed during a special session and that the Grand Master had the constitutional authority to remove an elected Grand Encampment officer. This would defeat the purpose of the Special Conclave. I have dissented from my colleagues’ view. I want to explain the reasons for my objection and, if you are persuaded, urge you to communicate your feelings to those who might listen before the matter is determined at the Special Conclave.

The Grand Encampment is a democratic representative republic, meaning that its powers and responsibilities are vested in its members who are governed by its constitution. The Constitution bestows ultimate authority on its members. Section 3 confers “supreme legislative, judicial and executive power over the Orders …” to the members of the Grand Encampment, which include, without limitation, the power “to adopt such Statutes, Rules, and Regulations, not contrary or inconsistent with this Constitution…”. (Const., §3(a).)

Members’ rights and powers are exercised at conclaves, which can be of two types. Stated Conclaves, termed the Triennial, which must be convened at least once every three years, and Special Conclaves, which may be called by the Grand Master or at the request of at least nine Grand Commanderies.(Const., §4.) The only distinction between these meetings is that “[n]o business shall be transacted at such [special] conclave save that specified by the Grand Master in his summons or set out in the request.”(Const. §4)(b).)

Why, one might rhetorically ask, would the Constitution permit Members to act Special Conclave properly noticed and then limit the matters to be considered beyond the requirement that the issues must be identified in the Call? There is no such limitation expressed anywhere in the Constitution or Statutes. My colleagues imply such a limitation by a restrictive reading of Section 25 that requires the Grand Master to report his actions “at the next Triennial Conclave.” The fact that the Grand Master is not required to report his actions doesn’t mean that the actions cannot be reviewed if properly included in the Call. And it doesn’t restrict the Grand Master from making such a report at an earlier meeting if he so chooses. One cannot reasonably infer a limitation on the supreme legislative power of the members based solely on fixing a date established for making a report.

Having read the Constitution in a restrictive manner when considering the rights of members, my colleagues do an about-face by expansively reading the powers of the Grand Master. They infer that the Grand Master has the power, by implication only, to remove a fellow elected officer. They reason that Section 23 confers “all powers” on the Grand Master to do what he considers “in the best interests of Templary” and that a reading of the Decisions interpreting that Section implies that a Grand Master can discharge an elected Grand Encampment officer under the “vertical axis of power.” (Crofts Dec. No. 4 (1970).) Neither argument is persuasive.

While Section 23 accords broad authority to the Grand Master, his powers are not without limitation. The very sentence relied on by my colleagues to buttress their argument continues: “…as he may deem in the best interests of Templary and which are not contrary to the Constitution, Statutes, Rules, Regulations and Rituals of the Grand Encampment.”(Const., §23.) But such a contrary limitation does exist. Section 20 states that elected officers shall serve “for the Triennial Period and until their successors are duly elected and installed.” (Const., §20.) There is no provision in the Constitution for the removal of a Grand Encampment officer, although such legislation is proposed in the Call. My opinion, to which my fellow committee members disagree, is that the Constitution restricts the Grand Master’s authority to remove an elected officer of the Grand Encampment.

The Crofts Decision is not inconsistent with this conclusion and cannot be read by implication to confer such power in the Grand Master. GM Crofts was confronted by a dispute involving a Grand Commander of a State and one of the State’s subordinate Commanderies. GM Crofts reasoned that a subordinate commandery and the Grand Commandery of the State have similar authority to regulate their constituents under the “vertical axis of power” of Templar law. That power derives its precedent from the authority expressly given a Grand Commander “to suspend from his office and Officer of the Grand or of a Constituent Commandery … .”(Const., §48(d).) A similar provision is not included among the identified powers of the Grand Master. The Crofts Decision is plainly distinguishable

Sir Knights, we are now confronted with a dire situation, one that threatens the very structure of Templary. I urge you to become involved, to express your opinions and to stand up for your beliefs. As Winston Churchill told his Countrymen during their greatest struggle:

“To each there comes in their lifetime a special
moment when they are figuratively tapped on
the shoulder and offered the chance to do a
very special thing, unique to them and fitted to
their talents. What a tragedy if that moment
finds them unprepared or unqualified for that
which could have been their finest hour.”