Special Conclave of the Grand Encampment 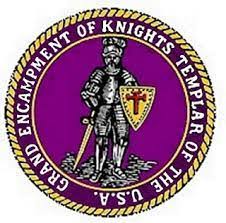 I wrote this part in 2021. I find the actions of Sir Knight Mike Johnson to be dishonorable and unethical. It hurts to say this as I have known him for nearly 12-years and I learned to respect him until now. He's a deeply loyal friend and I believe that loyalty has blinded him and allowed him to be manipulated by others. I hated seeing this fight between the CBCS and Sir Knight Billy Koon back during his tenure as Most Eminent Grand Master. It caused a great amount of division and all because of pride and bruised egos. The division has caused backstabbing and an incredible amount of un-Masonic conduct. This issue would never have arisen had Sir Knights just remembered their Masonic obligations. No matter how this turns out in March, the Grand Encampment will be haunted by this episode and it will be some time to rebuild the once prestigious reputation of the Grand Encampment and its relationships with its jurisdictions.

I tried to talk with Sir Knight Mike Johnson at the Northwest York Rite Conference, but I don't think my word carried much with him, particularly since I was disagreeing with him. After seeing or hearing about the arguments that arose at the Southwest York Rite Conference, arguments that arose at the SRICF High Council, the non-attendance of Sir Knights Mike Johnson and Billy Koon at the 2022 Masonic Week, arguments at the meeting of the Grand College of America of the Holy Royal Arch Knights Templar Priests, I am worried about what this Special Conclave will turn into.

Turning to the present, I flew in Friday night and Saturday afternoon the Special Conclave was convened. Sir Knight Mike Johnson took the podium, had a prayer given not by his Grand Prelate, made a few comments, opened the Special Conclave, and then had the audacity to declare, through his Jurisprudence Committee, that all the items of business requested by the Grand Commanderies are unconstitutional and therefore cannot be brought before the Special Conclave. Sir Knight Jeff Nelson, Past Grand Master of the Grand Encampment, objected and appealed to the voting members of the Grand Encampment. Sir Knight Jeff noted that the Grand Master cannot objectively preside over a meeting that was called to question his very actions. Sir Knight Mike Johnson tried to adjourn the meeting and ordered his officers to his hotel room, but the Sir Knights stayed strong and overruled him.

After the prayer, Sir Knight Goodwin had the final report of the credentials committee given; there were 298 registered voters (nearly as many that were at Triennial last August).

Sir Knight Goodwin then followed the agenda as created by the Call to Conclave. Johnson Decisions No.1, 2, 3, and 4 were rescinded while Decisions No.5 and 6 were approved. Johnson Notice No.1 was rescinded.

Sir Knight Jeff Nelson addressed the Grand Encampment and then moved to remove Sir Knight Mike Johnson as Grand Master. Sir Knight William H. Koon II, Past Grand Master, asked that the ballot be a secret paper ballot. I took no joy in casting my vote, but I along with 3/4 of the voters approved of his removal. Sir Knight Johnson and several others left the room at that time.

The Grand Encampment voted down the "Ohio Amendment" which would have required those Grand Commanderies who called for the Special Conclave to pay for all of the costs associated with the special conclave.

Sir Knight Goodwin then moved onto the next item of business which was to announce that as Sir Knight David Kussman had been restored as Deputy Grand Master and because we had removed Sir Knight Mike Johnson, Sir Knight Kussman would ascend to the office of Most Eminent Grand Master with junior officers ascending and he appointing the Grand Captain General.