Officers of a Chapter of Knights Preceptor 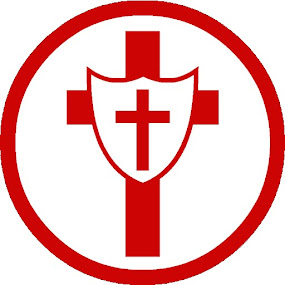 The presiding officer of the Chapter is the Eminent Preceptor equivalent to an Eminent Commander of a Commandery of Knights Templar. The word 'preceptor' originates from the Latin word "praeceptor" meaning "teacher or instructor." Whether in its historical use or in the modern sense of the word, a Preceptor is an expert or specialist. Today, it is used to denote a medical or legal specialist. Historically, a Preceptor was in charge or in the chain of command of Christian military orders such as the Knights Templar, Knights Hospitaller, and Teutonic Knights.

The second-in-command of the Chapter is the Deputy Preceptor who corresponds to the Generalissimo of a Commandery of Knights Templar although, in the Chapter, the Deputy is stationed in the East with the Preceptor rather than in the West. In the absence of the Eminent Preceptor, the Deputy presides. The title of Deputy comes from the Latin "deputare" meaning to "allot or to destine" which has come to indicate a subordinate officer or one given the full power of an officer without holding the office.

Next in line is the Master of Templars who, in the absence or disability of the Preceptor and Deputy Preceptor, presides over the Chapter. A Master is someone who is a master or authority in a skill or profession as well as someone who is seen as a ruler or governor. In this case, it is someone with authority or skill over Knights Templars as this order is for those who have presided over a Commandery of Knights Templar. The word "master" originates in the Latin word "magister" translating as "chief, head, director, or teacher."

The fourth elected officer of the Chapter is the Seneschal. Historically in France, the seneschal would be sometimes the personal representative of the King charged with dispensing justice and administrative duties. In other kingdoms, seneschals oversaw feasts and domestic ceremonies. They would seem to be close to stewards in this regard. Other duties would include managing the property and finances of the Lord under who they served. In medieval Templary, the Seneschal was the "right-hand man" of the Grand Master, oversaw the administrative operations of the order, and acted as head of the Templars in his absence. The etymology of "Seneschal" comes from the Proto-Germanic words 'sini' meaning senior, and 'skalk' meaning servant. Seneschal literally means 'senior servant'.

The Treasurer and Recorder (Secretary) have duties similar to those found in other Masonic and non-Masonic organizations as the financial and administrative officers respectively.

Just as in the Commandery, the chaplain of the Chapter is the Prelate. The Prelate has the duty of offering prayers to God in the Chapter. A Prelate is traditionally a high-ranking member of the clergy and the word is derived from the Latin word 'prelatus' referring to a clergyman of "high rank or of preference over others." In the medieval order, one of the most important positions within a Templar Commandery was that of the Chaplain. This man had many important jobs, not just ecclesiastical, but also secular ones. He was an internal priest for the Order. He had the power to hear confessions and to give absolution for sins; Templars were forbidden to give confession to anyone other than a cleric in the Templar Order without Papal approval. These clerics were not answerable to local clerics or bishops, but only to the Pope. The Prelate being the senior-most appointed officer of the Chapter demonstrates our commitment as a religious order.

The next appointed officer is the Marshal who has duties similar to the Wardens of the Commandery and Senior Deacon of the Blue Lodge in that he is the conductor of candidates for the Chapter. The title Marshal has been used by the military, courts, and other parts of society as someone who is charged arranging and directs "ceremonial aspects of a gathering." Marshall comes from the Old French word "mareschal" meaning "commanding officer of an army; officer in charge of a household" which is derived from the Frankish-Germanic word "marhskalk" meaning "horse-servant." The medieval Knights Templar denominated their third-in-command as Marshal was in charge of the troops and advised the Grand Master on all things relative to the war effort.

One of the optional officers a Chapter may use is the Warden of Regalia. Within my Chapter, this officer is in charge of all properties and regalia of the Chapter and ensuring they are in good working order for each meeting; luckily it all fits into a suitcase and is easily stored. The word "Warden" comes from the Proto-Germanic word "wardon" meaning to "to watch or guard."

Another optional officer for the Chapter is the Registrar and their duties may vary from Chapter to Chapter, if used at all. The term 'registrar' is etymologically rooted in the Latin word "registrarius" meaning "one who keeps a record." Traditionally, a registrar is an officer who keeps records for educational institutions, banks, trust companies, or hospitals.

Like the Commandery, the last appointed officer of the Chapter is called the Sentinel and whose duties correspond with that of the Tyler in the Blue Lodge. The word Sentinel stems from the Latin word "sentire" meaning "to watch or perceive by the senses." The Sentinel is one who stands guard over some kind of structure, whether it be an installation, a gate, or a passage. It is their job to prevent intrusion by enemies or those unauthorized.