Well, I spent the last 3-days attending the Grand York Rite of Oregon in Coos Bay (SW Oregon) along with the Northwest Department Commander (who is also the Grand High Priest of the Grand Chapter of Royal Arch Masons of Idaho).

On Friday, the 134th Annual Assembly of the Grand Council of Cryptic Masons of Oregon was held. The Deputy General Grand Master for the Northwest couldn't make it in due to limited flights into Coos Bay; it took me over 11-hours to drive here and he lives another 10-hours East of me so driving was out of the question for him. Friday evening was the Grand Banquet of the sessions and I had the honor of awarding two Ephraim A. Kirby Awards to two deserving Companions. 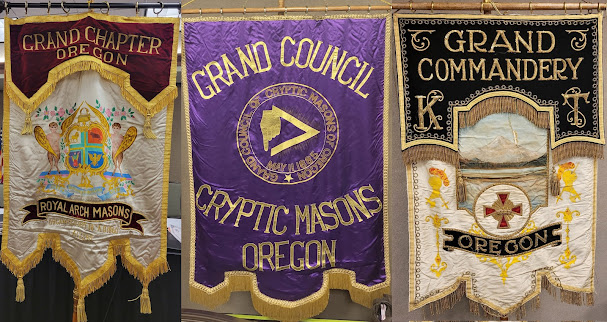 On Saturday, the 135th Annual Conclave of the Grand Commandery of Knights Templar of Oregon was held. Aside from the legislation passed, the Northwest Department Commander and a Past Grand Master of the Grand Encampment addressed the Sir Knights, the latter who gave a moving eulogy of Sir Knight Willimon Jackson Jones, GCT, who served as Most Eminent Grand Master from 2000 to 2003. After the installation of officers, Jeremy and I attended the dinner for the newly installed officers of the Grand Chapter, Grand Council, and Grand Commandery.

Now it's time to get some sleep and get ready for the 532.5-mile trip back to my house. 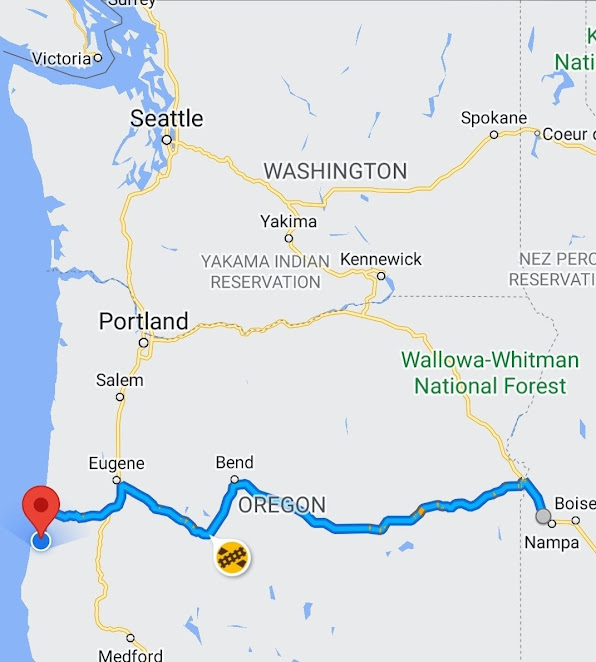