The second body of the Ancient and Accepted Scottish Rite of Freemasonry is called the Chapter of Rose Croix. This body consists of the 15° through the 18°. Here is a brief description of the degrees: 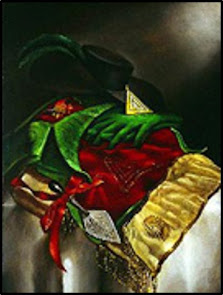 The apron is crimson velvet. On the flap is an embroidered gold bleeding head over crossed swords. In the center are three nested gold triangles formed from chains with triangular links. These represent the chains on the human intellect; tyranny, superstition, and privilege. The velvet signifies that the honors of Masonry are more precious than the gift of kings.
The cordon of a Knight of the East is a broad, green watered ribbon, worn as a baldric, from the left to right, without a jewel.

Also among the clothing of this degree is a broad sash of white watered silk edged on the upper side and fringed with gold on the lower. It is worn around the waist with the ends hanging down on the left side. On one end there is a gold arched bridge with the letters L.D.P. over the arch. Suspended from the right side is a small silver trowel.


16° - Prince of Jerusalem
This degree emphasizes the fact that one must use every means to be beneficial for the society in which one lives. We not only set our own example for our society,  but we enlist the aid of our Brothers. Together, Masons are custodians of freedom. Our charge is to leave a  noble heritage to those who follow us in this world. We build temples of the Living God in our hearts by following the truths of justice, equity, morality, wisdom,  labor, fidelity, and Brotherhood - so that the collective liberties for mankind can be protected. The lessons of this degree teach us to direct and aid those who labor to build the Symbolic Temple, to judge equitably and fairly, to provide aid in a Constitutional manner to fellow members of this degree, keep faith in the practice and beneficence of God, and press forward with hope for the persecuted and the oppressed. 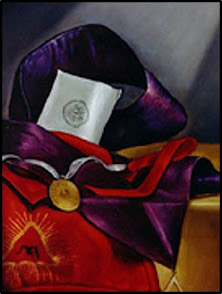 The apron is crimson, lined, and edged with the color saffron. On the flap is an equal balance, held by a hand of justice. In the middle of the apron is a representation of the Second Temple, on one side of which is a sword lying across a buckler, and on the other, a square and a triangle. On the left and right sides are the Phoenician letters equivalent to the Greek letters Alpha and Theta. The colors, crimson bordered with that of the dawn (saffron), are symbolic of faith in the justice and beneficence of God, and of the dawn of hope for the persecuted, proscribed, and oppressed. The equal balance, held by the hand of justice, is a symbol of righteousness and impartiality in judgment and of that equilibrium which the Deity maintains throughout the universe. The square and triangle are the appropriate emblems of your Masonic character. Masons, in this and higher degrees, wear the apron in order that they may never forget that they attained their high rank and dignity by means of Masonic labor; and that, remembering their first estate, they may be courteous and kind, as well as just, to the brethren of the lower degrees.

The cordon is a watered saffron-colored ribbon, four inches broad, bordered with gold. It is worn from the right shoulder to the left hip. On it are embroidered a balance, a hand of justice holding a sword, a poniard, five stars, and two small crowns. At the end hangs a small silver trowel. The cordon of this degree symbolizes, by its colors, the dawn, and light. Many symbols are embroidered on the cordon. The balance is a symbol of judicial impartiality. The hand holding the sword of justice is an emblem of that stern severity that is sometimes necessary to repress crime. The poniard or dagger represents that with which Ehud slew the oppressor Eglon, King of Moab (See Judges 3:15-28). The five stars represent the first five Princes of Jerusalem. The two crowns, promised by the Prophet to Zerubbabel and Jeshua, are symbols of civil and religious authorities. The trowel is a symbol of the Mason-builders of the Temple.


17° - Knight of the East and West
In this degree, Masonry says only one thing - differences in religions will not matter, and these differences will not hinder people to live together in peace if all people gather sincerely around the belief and concept of the GAOTU. It is sufficient only to keep one's heart pure, to believe in God, and to respect the religious feelings and ideas of others. In this way, people who meet, respect, and love one another will not find it difficult to understand that no one is lying, that truth prevails in people's words and deeds. The lessons of this degree teach us to teach the truths that are hidden in allegories and concealed by the Symbols of Freemasonry, that loyalty to God is man's primary allegiance, and governments not founded upon God and His righteousness will inevitably fall. 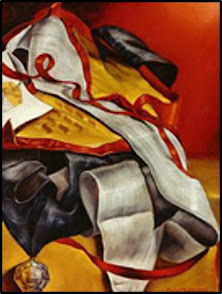 The jewel is a heptagonal (seven-sided) medal, half gold and half silver or mother of pearl. These two colors are emblems of the sun and moon, themselves symbols of the Egyptian deities Osiris and Isis, who represent the generative and productive powers of nature, illustrated in Masonic Symbolism by the columns Jachin and Boaz as the active and passive forces manifested in nature (Morals and Dogma, p. 202). On one side are engraved, at the angles, the same letters as are on the capitals of the columns in the ceremony and possessing the same meaning, that of the last seven of the Sephiroth of the Kabalah. A star is over each. In the center, on the same side, is a lamb, lying on a book with seven seals, on which seals are, respectively, the same letters, though shown in this representation as the Roman equivalents. On the reverse side are two crossed swords, points upward; their hilts rest on an even balance. In the corners are the initials in Greek of the names of the Seven Churches (Revelation 2 and 3).

The apron is of yellow silk, lined and edged with crimson; the colors are emblematic of the dawn. Its triangular shape is symbolic of the Deity in His first three emanations. In the center is a gold Tetractys formed of 10 Hebrew Yods. They represent the ten Sephiroth (or manifestations of Deity) on the Tree of Life in the Kabalah.

The order is a broad, white watered ribbon, worn from the right to the left. It is crossed by a black one of equal width, worn from left to right. The jewel is suspended from the latter. The two colors are symbolic of the two principles of good and evil as explained in the dualist doctrines of Zoroaster and Manes.

This degree teaches that, in reality, what causes us to be immortal is affection; is love. Only if one loves is he conscious that he lives, and that he, therefore, loves life. As Masons, we should practice virtue that it may produce fruit. We should have faith in God, mankind and ourselves. And we should be loving men. Masonry teaches that, so long as a man is loved, so long as he is remembered with love; he continues living in this way even in his grave. And a brother who conveys this image and this message. The lessons of this degree teach us to practice virtue that it may produce fruit, labor to eliminate vice and purify humanity and be tolerant of the faith and creed of others. 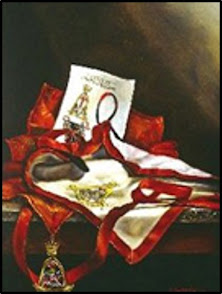 The jewel is the compasses with points opened to sixty degrees and resting on the segment of a graduated circle. On the lower part, on one side, is an eagle, with his wings extended and head lowered. Among the Egyptians, the eagle was the emblem of a wise man because his wings bore him above the clouds into the purer atmosphere and nearer to the source of light, and his eyes were not dazzled with that light. Since the eagle also represented the great Egyptian Sun god Amun-ra, it is a symbol of the infinite Supreme Reason or Intelligence. On the other side is a pelican, piercing its breast to feed its seven young in a nest under it. The pelican symbolizes every philanthropist and reformer who has offered up his life for the benefit of humanity, and so teaches us exhaustless munificence toward all men, especially the needy and defenseless. It also represents the large and bountiful beneficence of nature, from whose bosom all created things draw their sustenance. Thus, the pelican and eagle together are symbols of perfect wisdom and perfect devotedness. There is a crimson cross showing on both sides; at the intersection of its arms on the pelican side, is a crimson rose in bloom. The cross, pointing to the four cardinal directions, and whose arms, infinitely extended would never meet, is an emblem of space or infinity. The cross has been a sacred symbol in many cultures from the earliest antiquity. The rose was anciently sacred to the sun and to Aurora, Greek Goddess of the dawn. As a symbol of the morning light, it represents resurrection and the renewal of life, and therefore immortality. Together, the cross and rose symbolize immortality won by suffering and sorrow. On the summit of the compasses is an antique crown. On the segment of the circle, on the pelican side, is the word of this degree in special cipher. This jewel is of gold; the pelican and eagle upon it of silver.

The apron is white satin bordered with crimson on one side and black on the other. On the white side is embroidered the pelican side of the jewel. On the black side is a large red passion cross.

The cordon, worn from left to right, is of velvet or silk, crimson on one side and black on the other; it is plain on the crimson side. A red passion cross is embroidered on the black side and worn over the heart. The colors of the cordon and apron, white and crimson, are symbols of light and the dawn of day and represent Faith, Hope, and Charity.

3. What Are The Scottish Rite Degrees? (n.d.). Retrieved from Ancient and Accepted Scottish Rite of Freemasonry in Jacksonville, Florida: http://www.aasrvalleyofjax.org/scottish_rite_degrees.htm