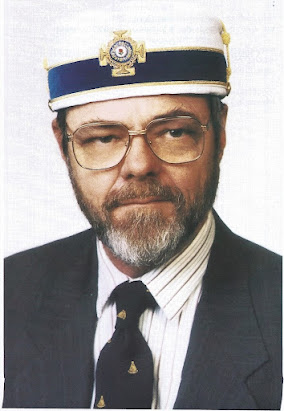 Tonight I was informed that Bro. Rex Hutchens has passed away. Many know him as a 33° Grand Cross, the author of "A Bridge to Light," and the quintessential Masonic scholar. The first time I met Rex was in 2007 and I had no idea who he was. I was in Arizona for training at Fort Huachuca when I found out that the Grand Lodge was going to do a cornerstone dedication in Rio Rico. The dedication was well attended even though it was over 100°F. As an out-of-state visitor, I was introduced to Rex, the Most Worshipful Grand Master of the Grand Lodge of Arizona. We chatted a bit and even played a bit of chess to which he beat me pretty spectacularly. It was after I got back to Idaho that I discovered who he was.

Rex was a very active Mason, to say the least. He was a Past Grand Master of Masons of Arizona (2006-2007), Deputy for Arizona of the Supreme Council of the Ancient & Accepted Scottish Rite, Southern Jurisdiction, USA, Past Grand High Priest of Royal Arch Masons of Arizona (1997), Past Grand Master of Royal & Select Masters of Arizona (2004), and Past Grand Commander of Knights Templar of Arizona (2007). He was in the Knights of the York Cross of Honor and recipient of the Knight of the York Grand Cross of Honor (Four Quadrants), a Knight Companion of the Red Cross of Constantine, a Board Member for the Scottish Rite Research Society, a Fellow of the Philalethes Society, a Founding Fellow of the Masonic Society, a Friar of the Society of Blue Friars, and recipient of the Knight Grand Cross in the Grand College of Rites.

I'm sure he was a member of more groups, but I couldn't find anything more. I did find, however, that there is a Lodge named after him, the Rex R Hutchens Research Lodge No.5 in Arizona.