Tonight I was elected and installed as Puissant Sovereign of St. Michael's Conclave of the Red Cross of Constantine. I'd like to thank my Knights Companion for the faith they have placed in me to preside over this august body and I have some big shoes to fill. I'd also like to thank G. Arthur Shoemaker, Intendent General of Idaho, for installing me and my officers. Art has played a major part in my Masonic career: I served as Senior Warden while he was Worshipful Master, he knighted me into the Knights Templar, I served as his Grand Orator when he was Most Worshipful Grand Master of Idaho, I helped install him as Most Excellent Grand High Priest of Idaho, and his wife is a second mother to me. 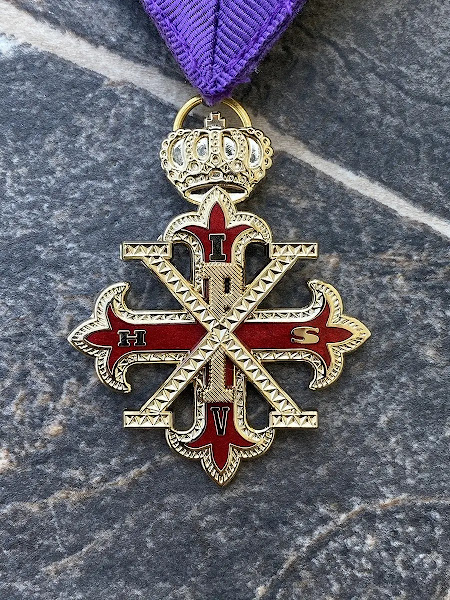